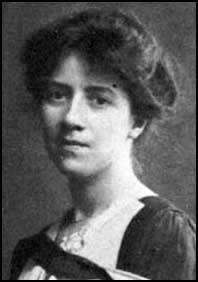 Born in Edinburgh. Scientist, writer, dramatist and poet. Publicist of the campaign for sexual education. Advocate of family planning and founder of pioneer birth control clinic. Courageous crusader for the rights of women.
Initially studied geology, geography and botany, becoming an expert on fossil plants, publishing two major works. Met Gates, a Canadian, when she attended a scientific meeting in America. They married in Montreal in 1911 and then settled in London. The marriage was annulled in 1916 with Stopes claiming that it had never been consummated and that her sexual education had come from the controlled books at the British Museum. Gates later claimed that she had had sexual relations with other men both before and during their marriage. Stopes was assisted in her contraception campaign by her second husband, the aircraft pioneer, Humphrey Roe. Died at Norbury Park, her home in Dorking since 1933.

Playground rhyme of the time:
Jeanie, Jeanie, full of hopes,
Read a book by Marie Stopes
But, to judge from her condition,
She must have read the wrong edition.

Stopes could be a difficult person: Muriel Spark once crossed swords with the birth control campaigner and found herself lamenting that Stopes's mother had not been better informed on the subject.

This section lists the memorials where the subject on this page is commemorated:
Marie Stopes