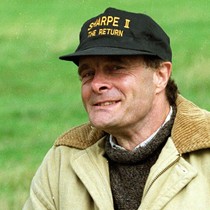 This section lists the memorials where the subject on this page is commemorated:
Malcolm Craddock