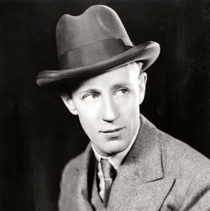 Actor and film director. Born Leslie Howard Steiner at 31 Westbourne Road, Forest Hill. He began his career as a stage actor in Britain and the USA. In films, he appeared in 'Berkeley Square', 'The Petrified Forest' and most famously as Ashley Wilkes in 'Gone With the Wind'. Died when his plane was shot down by enemy fire over the Bay of Biscay. It has been suggested that he met his death because he was working for British Intelligence, or that Winston Churchill was thought to be a passenger on the plane.

This section lists the memorials where the subject on this page is commemorated:
Leslie Howard