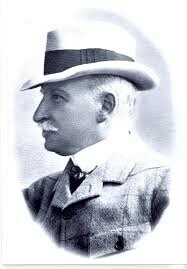 A merchant banker. Aged about 70 he started to lose his hearing. Founded what is now the Royal National Institute for Deaf People at his London home.

He was privately educated and after the annexation of Frankfurt by Prussia in 1866, he went to work for the banker S. Kann in Paris, France. He moved to England in 1870 at the outbreak of the Franco-Prussian War where he joined the firm of G. and A. Worms. In 1871, he became the manager of the German Bank and is shown on the 1871 census as a banker, lodging at the home of Augustus and Elizabeth Berman at 40 Conduit Street, Westminster.

On 14 June 1876 he applied for British Naturalisation claiming to be "a native of Frankfurt-on-the-Maine in the Empire of Germany, a foreign banker residing at 5 Angel Court in the City of London". This was granted on 11 December 1876 when he swore an Oath of Allegiance to H.M. Queen Victoria in front of Thomas White, Lord Mayor of London, at the Mansion House.

It was in 1877 that he joined Speyer Brothers, the London bank that provided the lion’s share of the finance for the new Metropolitan District Railway Company.

The 1881 census shows him as a merchant living at 7 Queens Gate Gardens, Kensington, with his wife, a maid, a housemaid, a cook and man-servant.

In 1895 he established his own merchant bank, the Bonn Bank, that in 1921 merged with Herbert Wagg & Co.

In the1901 census he is recorded as a banker living at 22 Upper Brook Street, Mayfair, with his wife, daughters Lily and Elsie, a cook, two lady's maids, two housemaids, a kitchen-maid and a footman.

The 1911 census confirms that he was a retired banker residing at Cranfield Court, Cranfield, Bedfordshire, a 41-roomed house that included 31 bedrooms and 7 reception rooms, together with his wife, son, both daughters, a son-in-law, a grandson, 4 visitors that included a sister-in-law, a governess, a cook/housekeeper, 5 lady's maids, 4 housemaids, a kitchen-maid, a scullery maid, a butler, 2 footmen and a hall-boy.

He died, aged 79 years, on 28 November 1929 at Newbold Revel, Stretton-under-Fosse, Rugby, Warwickshire a property he had acquired in 1911 and probate records show that his London address remained as 22 Upper Brook Street. Probate was granted on 10 February 1930 jointly to his widow; to his son Walter Basil Louis Bonn, a retired officer in H.M. army; to his nephew Sir Max Julius Bonn, KBE; and to a banker Louis Fleischmann. His effects totalled £220,779-0s-6d.

This section lists the memorials where the subject on this page is commemorated:
Leo Bonn

Stanley served in the RAF during WW2.  The Burtons were philanthropic and in ...