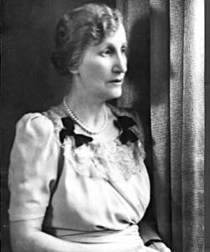 Politician and diarist. Born where her parents were living at the time, at Eton House, John Street (now Keat's Grove), Hampstead, as (Helen) Violet Asquith, daughter of PM Herbert. Involved in Liberal politics from early days, later serving in such roles as President of the Liberal Party. 1915 married her father's Principal Private Secretary, Sir Maurice Bonham Carter. Good friend of Churchill, supporting his anti-appeasement stance leading up to WW2. 1964 created Baroness Asquith of Yarnbury in her own right. Her diaries are considered a valuable resource on the period. Grandmother of Helena.

This section lists the memorials where the subject on this page is commemorated:
Lady Violet Bonham-Carter

A group of political radicals during the Civil War and the interregnum.  Its ...