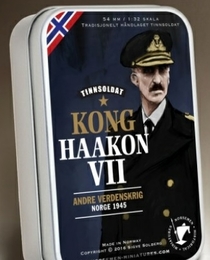 Born Christian Frederik Carl Georg Valdemar Axel in Charlottenlund Palace, near Copenhagen. Known as Prince Carl of Denmark, he became the first king of Norway after the 1905 dissolution of the union with Sweden and was one of the world's few elected monarchs. Succeeded by his son Olav.

This section lists the memorials where the subject on this page is commemorated:
King Haakon VII

Last Bourbon King of France. Born Versailles. With the support of George II...

Actress and royal mistress. Born as Dorothy, or Dorothea, or Dora, Phillips i...