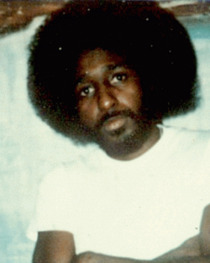 From a 2008 interview with Carrie Reichardt: "Black Panther Kenny ‘Zulu’ Whitmore has been locked up since 1975 in Angola, one of the most brutal prisons in the USA, also known as ‘the last slave plantation’. At the time this interview was carried out, he was in solitary confinement, in a 6x9ft cage, his home for the previous 30 years. He was sent to prison for the murder of former Zachary Mayor Marshall Bond. His defense claims that the then District Attorney’s handling of the case was tinged with racial bias, and that the DA had links with the Klu Klux Klan."

This section lists the memorials where the subject on this page is commemorated:
Kenny ‘Zulu’ Whitmore

Mayor's and City of London Courts

A county court in the City of London, which is the successor to courts pre-da...