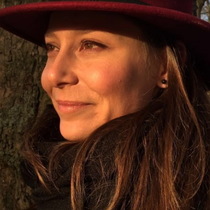 Grew up in Brazil. A qualified architect, aged 32, she began work at LOM Architecture and Design, in Shoreditch, in January 2015. Killed at 9am as she cycled to work.

August 2018: The driver of the coach that killed Karla Roman was convicted of causing death of cyclist by careless driving. Barry Northcott, 40, told police he regularly disregarded the rules about the cycle stop box to “stop himself being swamped by cyclists”.

This section lists the memorials where the subject on this page is commemorated:
Karla Roman