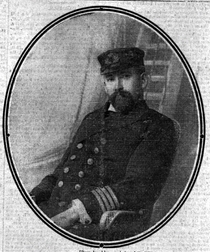 Chief engineer of the RMS Titanic. Born in Farlam, Cumbria, he moved to Newcastle where he served his apprenticeship. He was hired by the White Star Line and served on several ships before being appointed to his post on the Titanic. After the fatal collision, he and his colleagues struggled to keep the lights, pumps and radio working until minutes before the ship finally sank. None survived.

This section lists the memorials where the subject on this page is commemorated:
Joseph Bell

first public supply of gas in the world

Royal Charter granted in 1812 to Gas Light and Coke Company for street lighti...