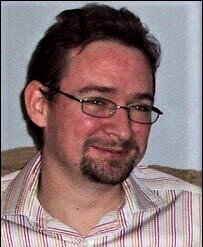 Jonathan Downey was born on 15 March 1971 in Kettering, Northamptonshire, a son of Teresa B. Downey, née Peavoy (1937-2004). He married Veronica K. Jones in 1991 in Corby, Northamptonshire and electoral registers in 2003 show him listed at 69 Charnwood Road, Corby, NN17 1YR. They moved to Wolverton, Milton Keynes, Buckinghamshire and he was a strategic development officer working for the Royal Borough of Kensington and Chelsea. His obituary can be found on the BBC News website.

He died, aged 34 years, on 7 July 2005 in the underground tunnel of the Circle Line on the London Underground Railway between Edgware Road and Paddington underground stations that were targeted by a suicide bomber. The narrative verdict of his death can be found on the Coroner's Inquest Report.

This section lists the memorials where the subject on this page is commemorated:
Jonathan Downey

Driver of the Thames train involved in the Ladbroke Grove rail disaster. Died...

killed on 17th April 1941 whilst sheltering in the cellars of Walklings Baker...