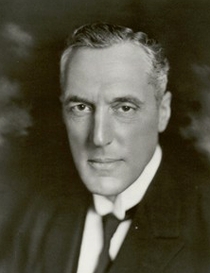 Retailer and industrial reformer. Born in Marylebone, the son of John Lewis. His second name was derived by reversing the names of Ann Speed, the maiden aunt who raised his father. He was given control of the Peter Jones department store in Sloane Square, Chelsea and when he realised that he, his father and younger brother were taking the same amount from the business as all its employees earned, the idea of a profit sharing scheme was formed. Trust Settlements were signed in 1929 and 1950 which transferred the ownership of the business to all its employees. Died at The Burrow, Longstock Park, Hampshire.

This section lists the memorials where the subject on this page is commemorated:
John Spedan Lewis

Born India. Called to the bar by the Inner Temple in 1882. Travelled extensiv...