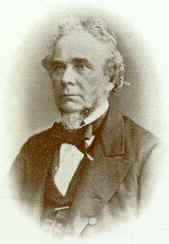 Chemist. Born in Plaistow Essex, son of meteorologist Luke Howard.  He took an early interest in extracting the anti-malaria drug from the bark of the Cinchona genus of South American tree. He was elected to the Royal Society in 1874, which recognised the importance of his work. Together with his brother, Robert, was a founder member of the Brook Street Chapel at Brook Street, Tottenham.  Died at his home Lord's Meade, Tottenham.

This section lists the memorials where the subject on this page is commemorated:
John Eliot Howard