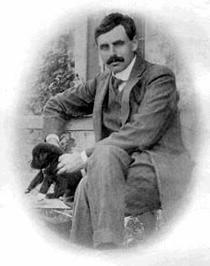 Poet and playwright. Born as Herman James Elroy Flecker in Lewisham. His first book of poems was published in 1907. He joined the consular service in 1908 and had postings in Constantinople and Beirut. Wrote the poem "To a poet a thousand years hence". Diagnosed with tuberculosis he moved to Switzerland in 1913, where he died nearly two years later at the Hans Baratelli Platz, Davos.

This section lists the memorials where the subject on this page is commemorated:
James Elroy Flecker

Literary critic. Born Peckham. Husband of Katherine Mansfield and on her ...