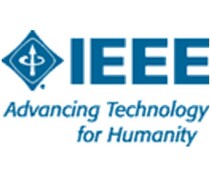 This is a professional association for electronic engineering and electrical engineering (and associated disciplines) with its corporate office in New York City and its operations centre in Piscataway, New Jersey. It was formed in 1963 from the amalgamation of the American Institute of Electrical Engineers and the Institute of Radio Engineers.

The IEEE traces its founding to 1884 and the American Institute of Electrical Engineers. In 1912, the rival Institute of Radio Engineers was formed. Although the AIEE was initially larger, the IRE attracted more students and was larger by the mid 1950s.

The Institution of Engineering and Technology (IET) is probably the UK equivalent organisation.

This section lists the memorials created by the subject on this page:
IEEE, Institute of Electrical and Electronics Engineers

Campaigner. Born in Finsbury. In 1996 she was the driving force behind the es...