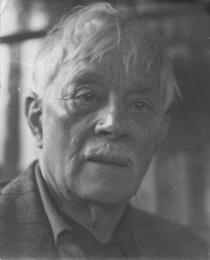 Writer. Born at 66 Braxfield Road, Brockley. His best known work, 'Tarka the Otter' was published in 1927. He attended the Nuremberg rally in Berlin and saw Adolf Hitler as a source of good for his country. When he moved to Norfolk he was introduced to Sir Oswald Mosley and subsequently joined the British Union of Fascists. When war broke out in 1939, his neighbours, not surprisingly, were suspicious of him and he was arrested for a short while under suspicion of being a spy. He died at the Twyford Abbey Nursing Home, Ealing.

This section lists the memorials where the subject on this page is commemorated:
Henry Williamson