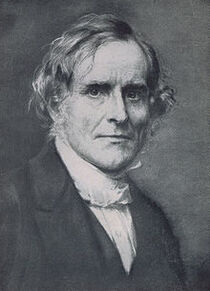 He was the founder of the Working Men's College and an organizer of the Christian Socialist movement.

He died, aged 66 years, on 1 April 1872 and was buried in Highgate Cemetery West, Swain's Lane, London, N6 6PJ. Our picture source gives details of his life.

This section lists the memorials where the subject on this page is commemorated:
Frederick Denison Maurice