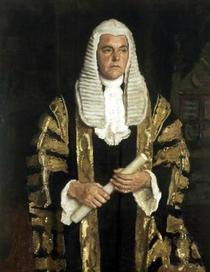 Lawyer and politician. Born Frederick Edwin Smith in Pilgrim Street, Birkenhead. Called to the bar in 1899 and entered parliament in 1906. He became Attorney-General and Lord Chancellor. Successfully defended Crippen's mistress, Ethel le Neve, against the murder charge. At the trial of the Irish patriot, Sir Roger Casement, he appeared for the crown. Lord Chancellor when only 47. Good friend of Churchill. Created Earl of Birkenhead in 1922. He died at his home, 32 Grosvenor Gardens.

This section lists the memorials where the subject on this page is commemorated:
F. E. Smith, Earl Birkenhead

A prison for debtors. The picture is by George Shepherd, brother of Thomas.