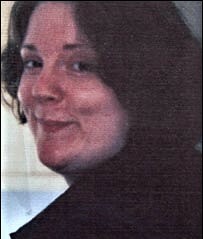 Elizabeth Anne Daplyn was born on 14 October 1978, a daughter of Michael G. Daplyn and Pamela F. Daplyn née Tate. Her birth was registered in the Leicester Central registration district.

She lived with her boyfriend Rob Brennan in Highgate and was a neuro-radiological administrator at University College Hospital. Her obituary can be found on the BBC News website.

She died, aged 26 years, on 7 July 2005 when travelling in the underground tunnel of the Piccadilly Line on the London Underground Railway between King's Cross and Russell Square underground stations that was targeted by a suicide bomber. The narrative verdict of her death can be found on the Coroner's Inquest Report.

This section lists the memorials where the subject on this page is commemorated:
Elizabeth Anne Daplyn

28-year-old chartered accountant, died as she travelled to work on the Piccad...