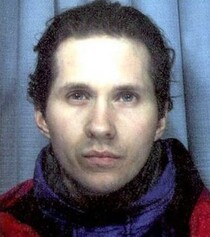 Our colleague Andrew Behan has researched this man and found the photo: John Alan Jeffries was born on 9 December 1964 in Lewisham, the son of John W. Jeffries and Betty Ellen Jeffries, née Pattison. He was killed working in a newsagent shop as a result of an IRA terrorist explosion at Canary Wharf, aged 31 years, on 9 February 1996.

This section lists the memorials where the subject on this page is commemorated:
John Jefferies

Monika Maria Suchocka was born on 25 April 1982 in Poland and grew up in Dabr...

Born in Canada and married to a Canadian army officer. Living at 34 Old Churc...