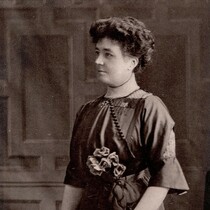 Suffragist of Welsh heritage and social activist. Proud of her Welsh roots, she founded the Cymric Suffrage Union, which was dedicated to gaining the vote for Welsh women. She was the co-organizer of the Welsh contingent of the 1911 procession of the Women’s Suffrage Union’s "Great Demonstration" held in 1911 in London. Part of the more militant British suffrage contingent, she was imprisoned for dissidence and refused to stop government agitation during WW1.

Born as Edith Ruth Thomas though it's not clear where.1885 married surgeon, Charles William Mansell-Moullin, who worked at the Royal London Hospital. Died at her son's home in London.

This section lists the memorials where the subject on this page is commemorated:
Edith Mansell-Moullin