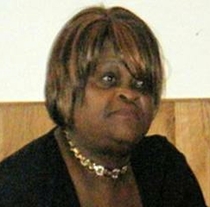 Shooting victim. She was shot by the Metropolitan Police, on 28 September 1985, while they were searching for her son who was suspected of firearm offences. This led to the 1985 Brixton riot. She was paralysed from the waist downwards, but continued to care for her family even though she was in a wheelchair. The police officer who shot her was prosecuted but eventually acquitted of malicious wounding. Following the incident, a review of fire arms procedures within the Metropolitan Police led to a new policy which authorised only centrally-controlled specifically-trained specialist squads to be armed.

This section lists the memorials where the subject on this page is commemorated:
Dorothy 'Cherry' Groce