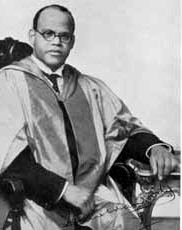 Physician. Born Harold Arundel Moody at 8 Rum Lane, Kingston, Jamaica. Although well qualified, he was refused a post at King's College Hospital because of his colour, but became a medical superintendent at the Marylebone Medical Mission. In 1913 he started his own practice in Peckham. He formed the League of Coloured Peoples in 1931,which fought for racial equality and civil rights in Britain. Died at his home 164 Queen's Road.

This section lists the memorials where the subject on this page is commemorated:
Doctor Harold Moody

Moorfields provides some history. 2019: Moorfields may be moving to King's C...