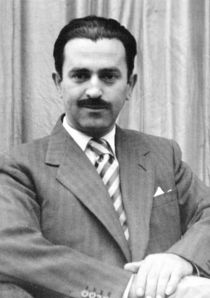 Born Transylvania, studied engineering. His sister Dorothy married Dallos and in May 1937 they all came to London. As an enemy alien was not allowed to fight in WW2 but after the war he gained British nationality. Having seen glass contact lenses made for Dallos in 1934 he worked on the idea during the war and in July 1946 he founded G. Nissel and Co., the first independent UK contact lens laboratory.

Died on a train in Switzerland on his way to a contact lens congress.

As business improved it moved from Siddons Lane to

This section lists the memorials where the subject on this page is commemorated:
George Nissel

Guy's men who died in the South African War

Psychoanalyst and pioneer of child analysis.  Born with the surname Reizes in...