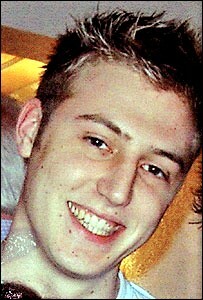 David Graham Foulkes was born on 27 March 1983 in Oldham, Lancashire, the son of Graham Foulkes and Janet Foulkes née Wrigley. Electoral registers from 2004 to 2005 show him listed at 5 North Nook, Austerlands, Oldham, OL4 3QR. He was a media sales manager at The Guardian, Manchester. His obituary can be found on the BBC News website.

He died, aged 22 years, on 7 July 2005 in the underground tunnel of the Circle Line on the London Underground Railway between Edgware Road and Paddington underground stations that was targeted by a suicide bomber. The narrative verdict of his death can be found on the Coroner's Inquest Report.

This section lists the memorials where the subject on this page is commemorated:
David Graham Foulkes

Prime Minister - and the only one, so far, to have been assassinated. Born Au...