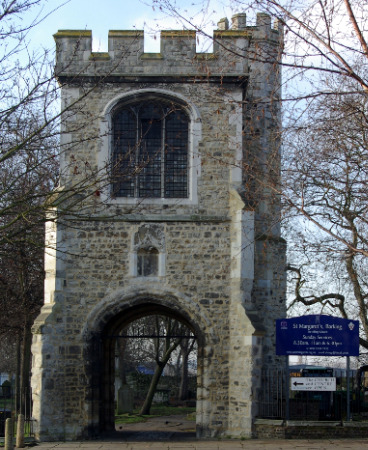 A gateway, it is the only complete remaining building of Barking Abbey.  Built in the 14th century and reconstructed in 1460, it now forms the main entrance to the churchyard of St Margaret's Church. It has been extensively refaced and restored, and contains a large mid-twelfth century rood.

The 12th century stone head now in the chapel over the gateway was the object of pilgrimage in medieval times.

This section lists the memorials where the subject on this page is commemorated:
Curfew Tower 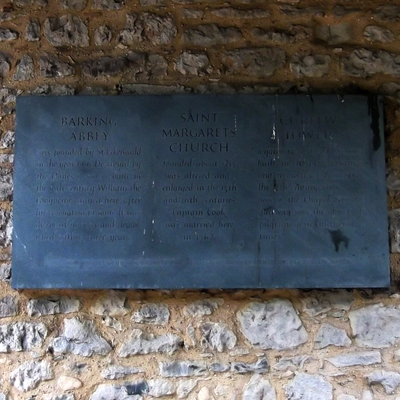 Supposed witch. The wife of carpenter John Rogers, she belonged to a radical religious sect called the Anabaptists. She was accused of making a blood pact with the devil, who was said to have cut a... 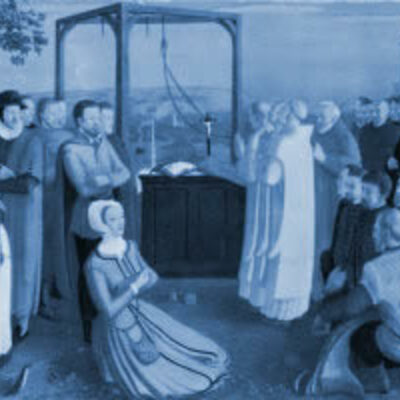 18 Carthusians were executed for refusing to accept Henry VIII as the head of the church of England. 16 were from London Charterhouse, including the prior John Houghton, and 2 from other English Ch... 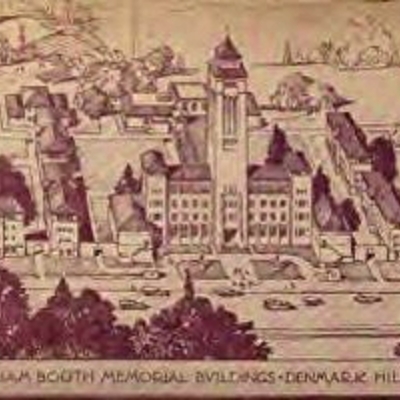 The headquarters of The Salvation Army leadership and officer training which delivers education and training programmes for the United Kingdom. 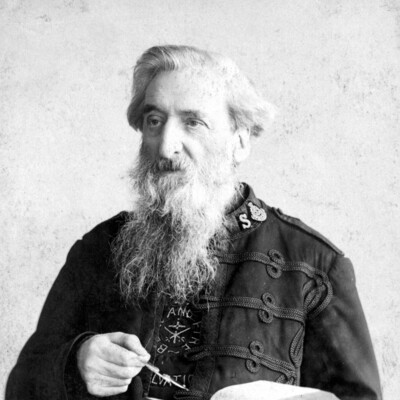 Founded the Salvation Army.  Born Nottingham.  Came to London in 1849 to find better paid work and became a travelling lay preacher for the Methodists.  Married Catherine Mumford in 1855.  With his...

Lost in the Great Fire and not rebuilt.  Stood where the Monument now stands.