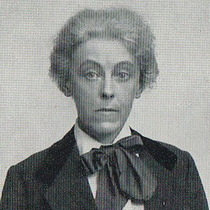 Historian, essayist, poet.  Born Leicestershire but brought up in the Clapham...