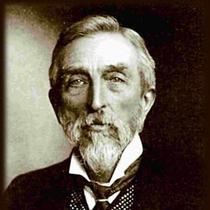 From the Picture source: "In 1890 Sir Edward Guinness set up The Guinness Tru...