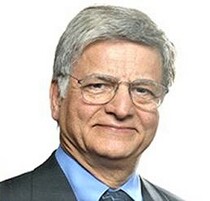 Gulam Kaderbhoy Noon was born on 24 January 1936 in Bombay (now called Mumbai), India. Our Picture Source and his Wikipedia page give much information about this man.

He was made a Member of the Most Excellent Order of the British Empire (MBE) in the 1996 New Year Honours List and created as a Knight Bachelor in the 2002 Birthday Honours List. He was elevated as life peer on 28 January 2011 becoming Baron Noon of St John's Wood in the London Borough of Camden.

He died of cancer, aged 79 years, on 27 October 2015. His death was registered showing he died in the NW8 postal area and he was buried on 28 November 2015 in Section E6 of the Hendon Cemetery and Crematorium.

This section lists the memorials created by the subject on this page:
Baron Gulam Noon, MBE

100,000 costermongers' donkeys worked in and around the market.  The picture ...