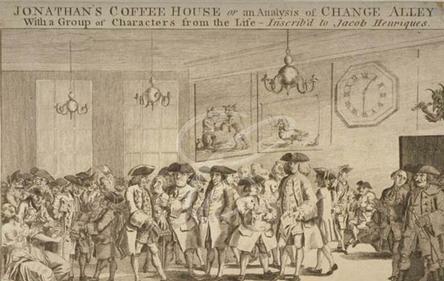 Founded by Jonathan Miles in Exchange Alley around 1680. In 1698 John Castaing posted a list of prices for stocks and commodities. And so traders who were expelled from the Royal Exchange used Jonathan's as a meeting place. It burnt down and was rebuilt in 1748. In 1773 the traders built the bigger 'New Jonathan's" in Sweeting's Alley (about where Royal Exchange Buildings meets Threadneedle Street now) but it soon became known as the Stock Exchange and evolved into the LSE that we have today. The original Jonathan's succumbed to the flames for a second and final time in 1778.

This section lists the memorials where the subject on this page is commemorated:
Jonathan’s Coffee House 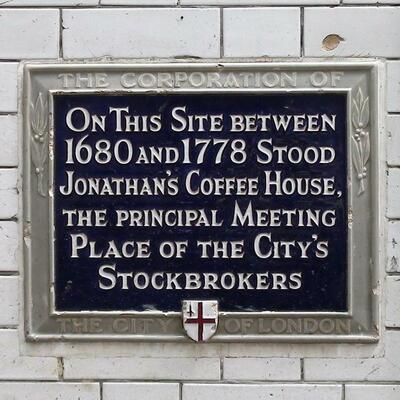 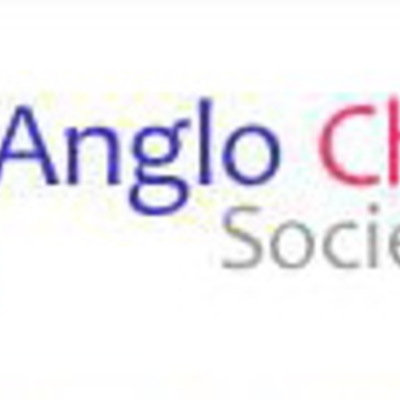 Fromed at the Chilean Embassy at 3 Hamilton Place. In 2008 The British Chilean Chamber of Commerce based in London merged with The Anglo Chilean Society. 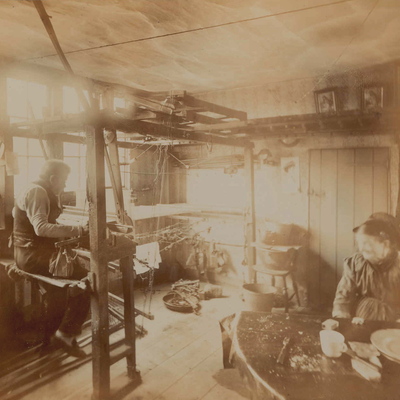 Many of the Huguenots that arrived here in the 16th and 17th centuries were skilled silk weavers and set up looms in their homes in Spitalfields. The Spitalfields textile trade thrived until the mi... 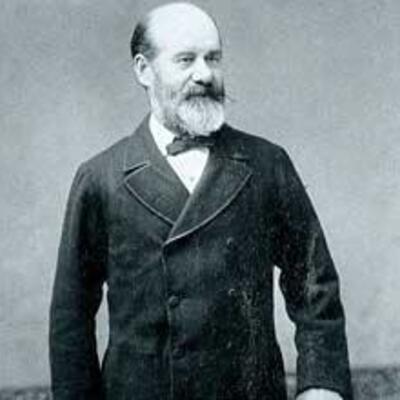 Tea merchant, benefactor and politician. Born Frederick John Horniman at Bridgwater, Somerset. He inherited his father's tea business, which by 1891 was described as the biggest tea firm in the wor... 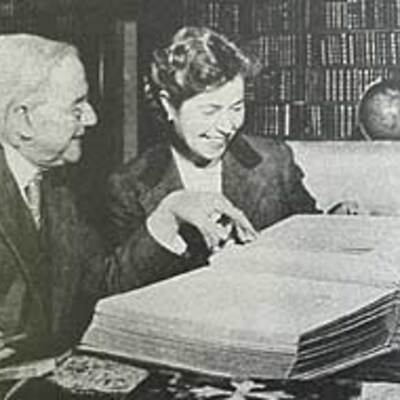