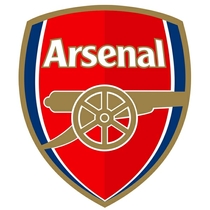 May 2022: A temporary statue of Vivianne Miedema was unveiled at the stadium. "The statue was originally created as part of the Adidas campaign ‘support is everything’, which looked to highlight the fact that there were more statues of animals than women in London. This led to the creation of eight statues of women who can inspire the next generation."

This section lists the memorials where the subject on this page is commemorated:
Arsenal Football Club

Cricketer and bishop. Born David Stuart Sheppard in Reigate, As a cricketer h...

Formed in the House of Commons.