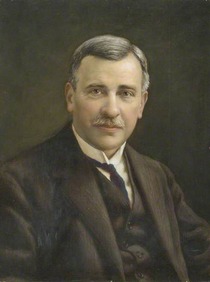 In 1895, Smith and Brewer won the competition for the Passmore Edwards Settlement in Tavistock Place, London which established their reputation as arts and crafts architects working in the so-called “Free Style” of the 1890s (an attempt to create a new architectural style for England). The firm designed mainly domestic work utilizing vernacular traditions (such as Fives Court, Pinner Middlesex) until 1909 when they won the competition for the National Museum of Wales (1910) in Cathays Park, Cardiff. This monumental building, one of the earliest in Great Britain to utilize the Beaux-Arts style then popular in the United States, signaled a change in direction for the firm. The Arts and Crafts Movement was failing and architects were returning to classicism, particularly for large, public buildings. The innovative design of Heal's Furniture Store (1916), however, suppressed the classical imagery in favor of an honest expression of the steel frame structure of the building.

After Brewer's death in 1918, Smith continued the work of the firm and designed many houses as well as additions to the Fitzwilliam Museum (1924-1933). In 1930, J.A. Meikle and K.W.F. Harris became partners under the firm name of A. Dunbar Smith. After Smith's death in 1933, Meikle, Harris and Sidney Clark continued the practice under the original firm name of Smith and Brewer. The firm was dissolved with the death of Clark in 1949."

This section lists the memorials where the subject on this page is commemorated:
Arnold Dunbar Smith

On the north-most pier of the southern building.

Architectural draughtsman.  Born in Paris, a member of the French aristocracy...