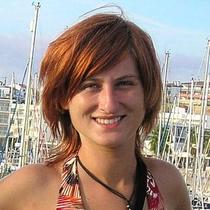 Killed, aged 31, by the lorry driver, John Lashbrook of Sittingbourne, Kent, who said he was unaware of the collision until six weeks after the event. Adrianna moved to London from Poland six years before her death and was living in Rotherhithe and working at fashion retailers Net-A-Porter.

This section lists the memorials where the subject on this page is commemorated:
Adrianna Skryzypiec