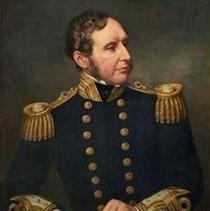 Inventor and adventurer. Born Woburn, Massachusetts. Having spied for the Br...