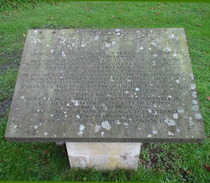 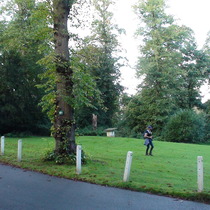 This plaque marks the site of Temple Bar designed by Sir Christopher Wren, the only surviving gateway to the City of London, which Sir Henry Meux had acquired and had re-erected on this site as the entrance to his park and mansion house in 1888.

Temple Bar can now be seen as the entrance to the new Paternoster Square near to St Paul’s Cathedral.

This memorial to the arch is on the lawn beside the approach road to the manor house.

This section lists the subjects commemorated on the memorial on this page:
Temple Bar - Theobalds Park

Henry Bruce Meux was born at 41 Brook Street into a wealthy brewery family an...

Dick Whitwell, 1956 - 2011A lifelong professional railwayman who within the T...