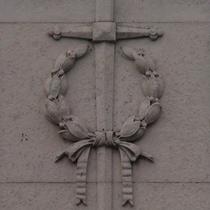 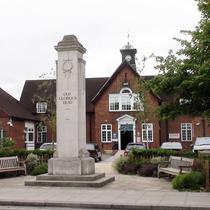 {On the north face of the main body, above the water bowl:}To George Webster,...