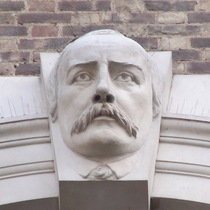 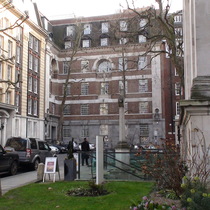 This section lists the subjects commemorated on the memorial on this page:
Nobel House - Berthelot

Organic and physical chemist. Born and died in Paris. Very successful and wel...

This section lists the subjects who helped to create/erect the memorial on this page:
Nobel House - Berthelot

This section lists the other memorials at the same location as the memorial on this page:
Nobel House - Berthelot

Morley opened this building. With the pupil-less eyes this looks like a death...

{The base of the bow window above carries the ornate lettering:}Bennet Woodcroft