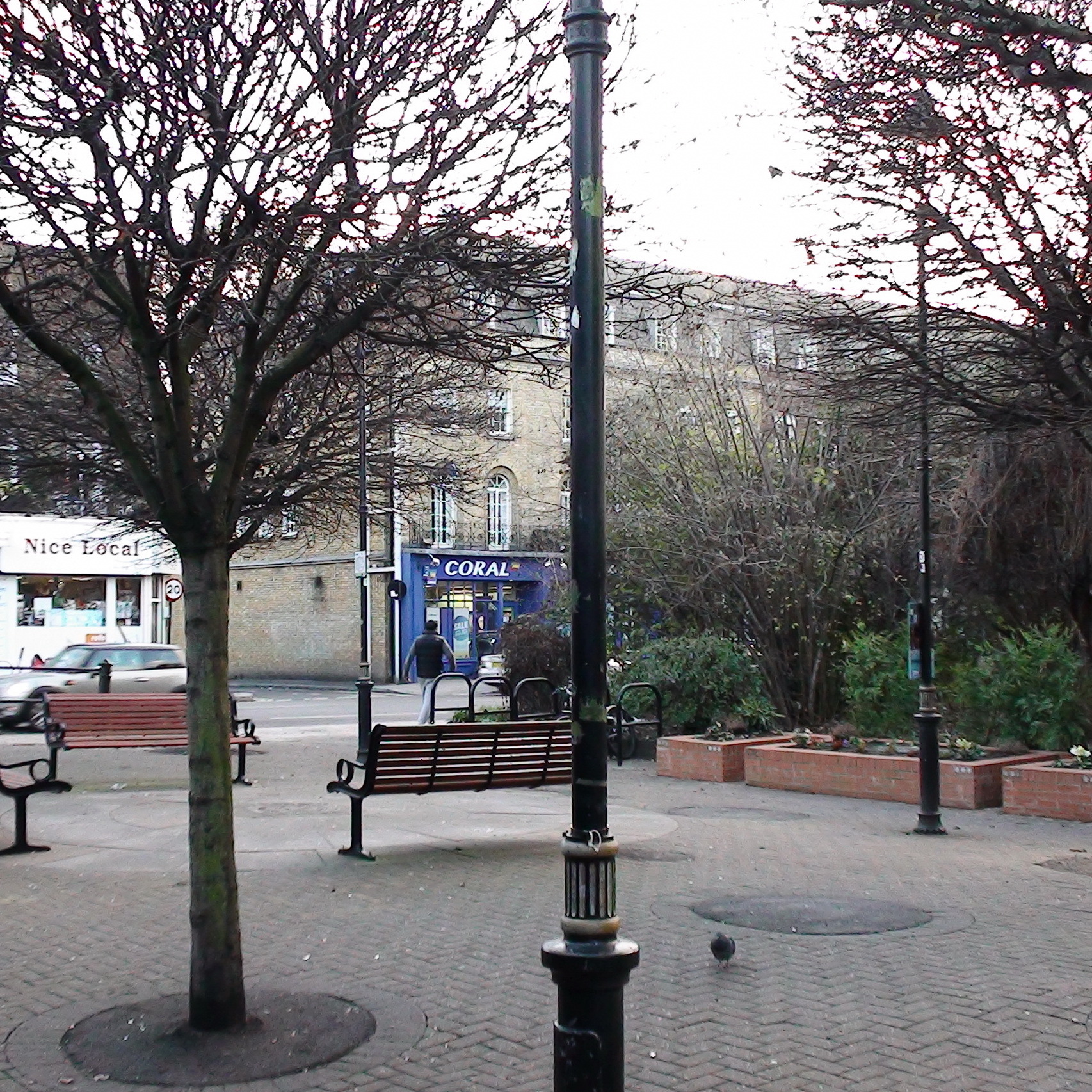 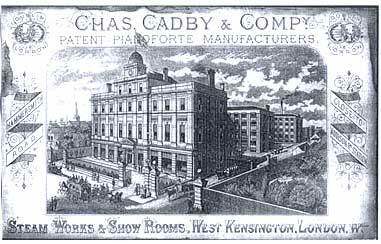 Cadby Hall was built in 1873 as a piano factory. Our picture comes from Cadby Hall: "Built to the design of Lewis H. Isaacs, Cadby Hall was faced in red Fareham bricks and Portland stone with terracotta panels over the first floor windows, the keystones of which contained nine carved portraits of celebrated composers." There are a few photos of Cadby Hall on the web but most don't show the first floor windows on the front of the building. This image does, all 9 of them, and we think we can just about see that there are keystones.

Cadby Hall was demolished in 1983 and we have no information that the keystones were rescued.

At this address: Cadby Hall, Hammersmith Road, Lyons had a huge site, with its head office, several bakeries, and an ice cream factory. This was all demolished in 1983.

This section lists the other memorials at the same location as the memorial on this page:
Cadby Hall - 9 keystone heads - composers 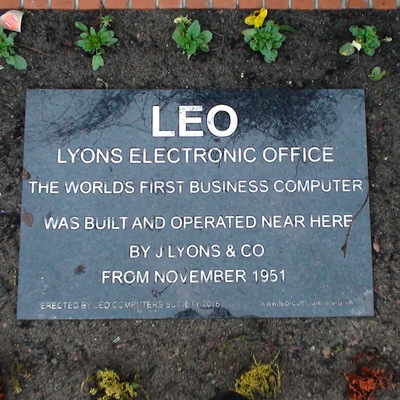 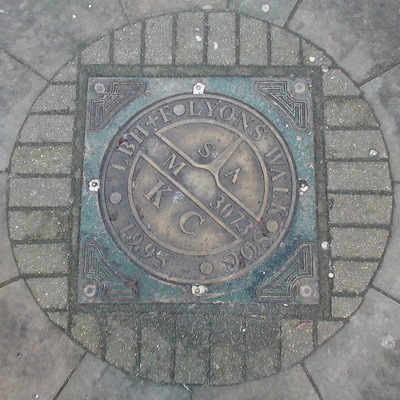 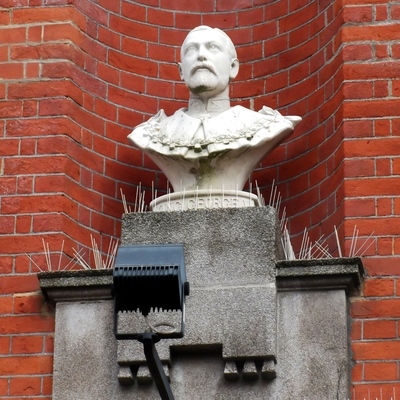 The original temporary plaster bust was unveiled at the tower's opening ceremony in 1912, but during the 1930s it started to disintegrate... 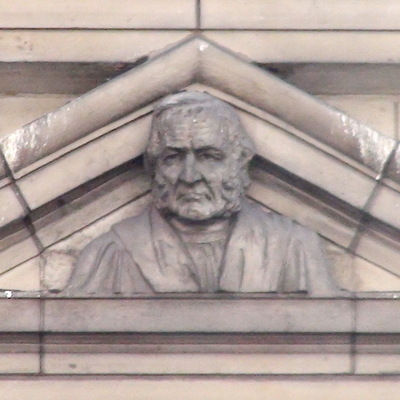 We original thought this was Gladstone (who had died only a few years before) but Lea Cornthwaite has suggested Frederick Temple, pointin... 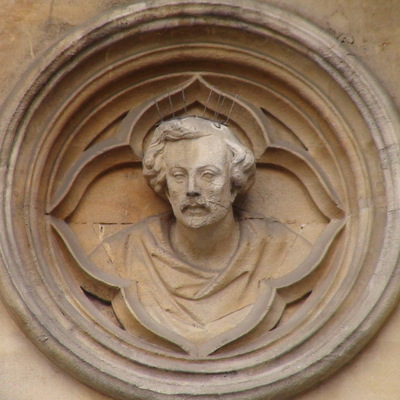 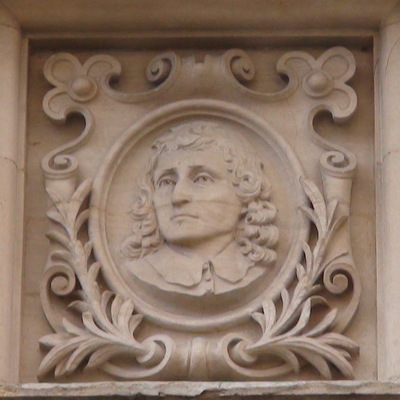 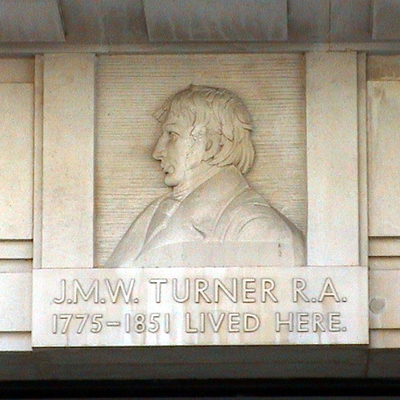 This plaque is so well integrated into the façade we believe it was part of the design.