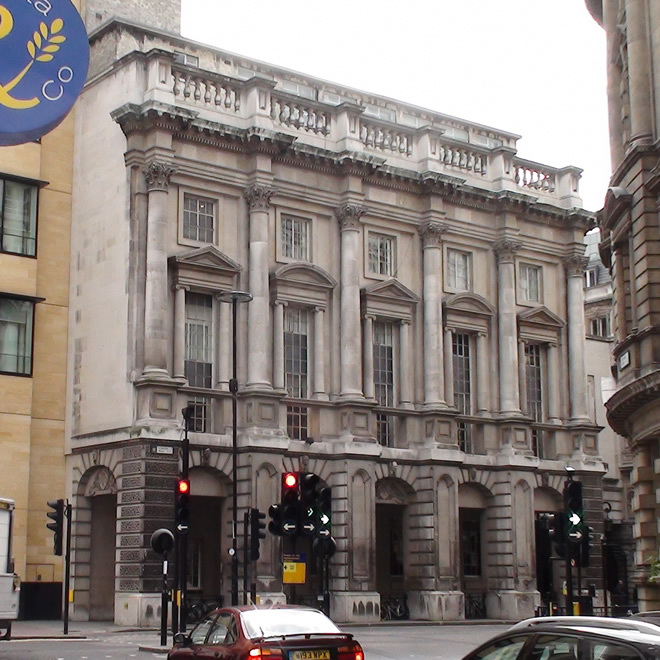 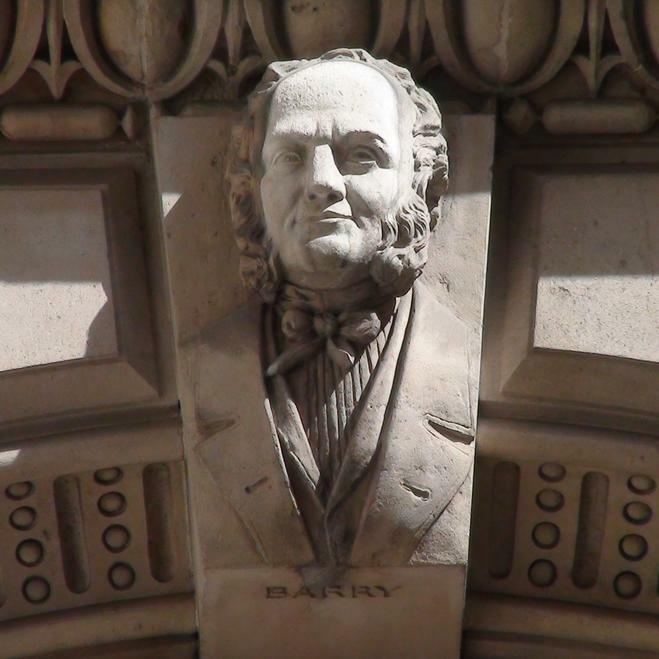 This section lists the subjects commemorated on the memorial on this page:
Carpenters' Hall - Barry 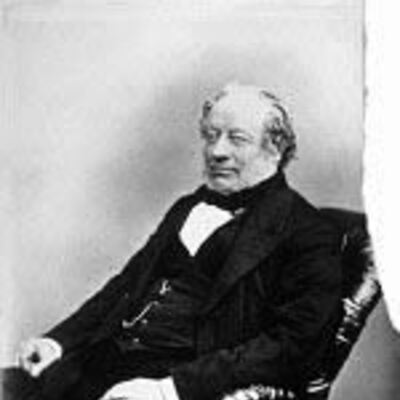 Born in London. Architect of the Houses of Parliament, after the 1834 fire. O...

This section lists the other memorials at the same location as the memorial on this page:
Carpenters' Hall - Barry 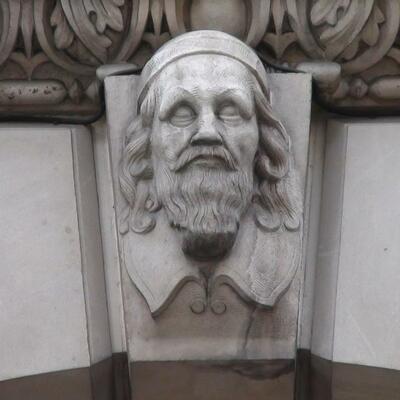 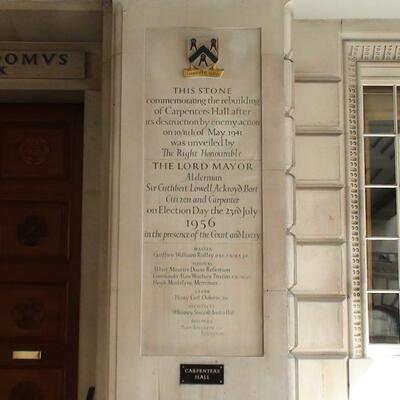 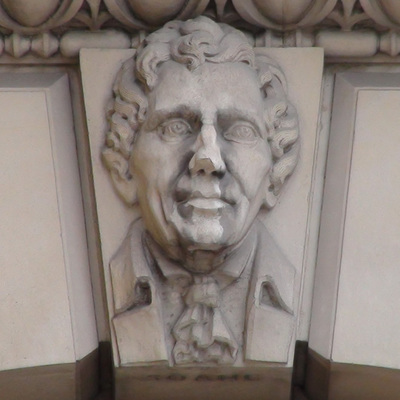 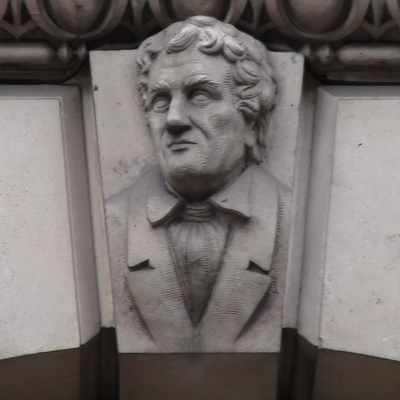 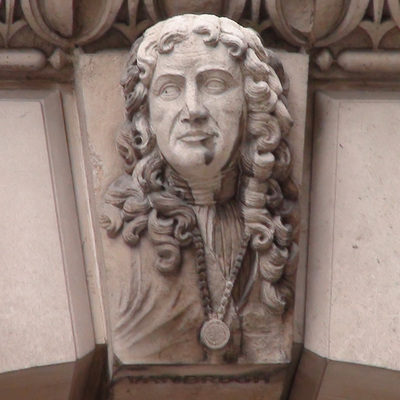 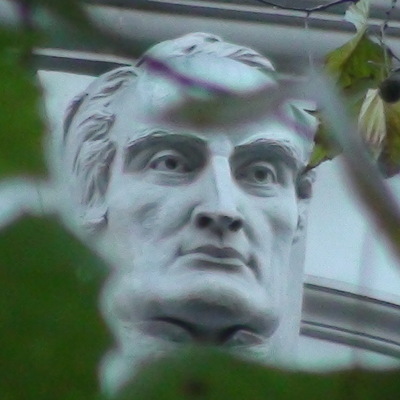 For an idea of what this area used to be like see this 1894ish map. It was all redeveloped following the 1928 flood. This block was desig... 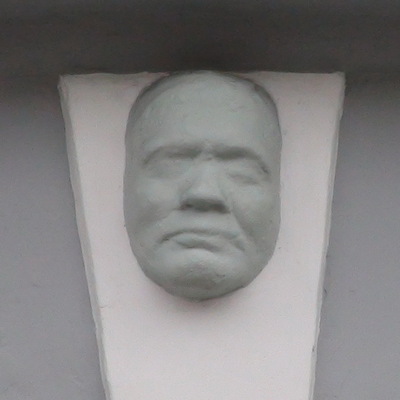 Our researches have drawn a blank. This looks to us like a death mask, or Churchill with his eyes shut which seems unlikely. Faces on key... 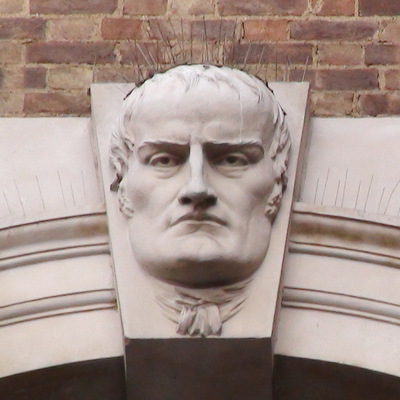 Nobel House is in the south-east of this square, mainly facing north but with a short west-facing facade. The portrait keystones are both... 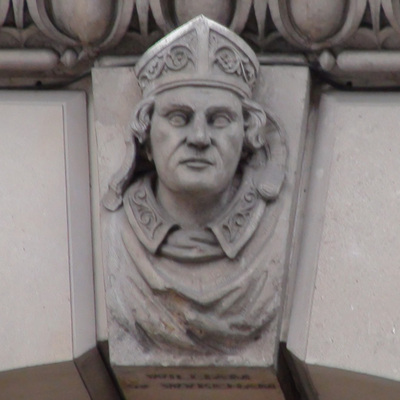 The building projects over the pavement with an arched colonnade for pedestrians. On the keystone of each arch, at the ends and along the... 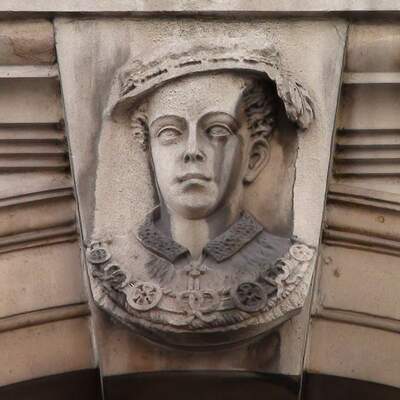 The original gatehouse together with the keystone form the entrance to the current building.