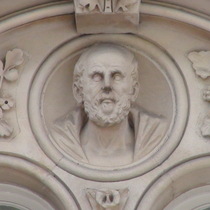 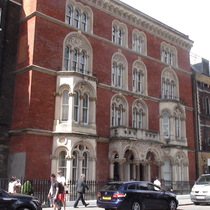 This section lists the subjects commemorated on the memorial on this page:
Keats House at Guy's - bust 3 - Hippocrates

Greek physician, known as the father of medicine. Born in 460 BC on the isla...

This section lists the subjects who helped to create/erect the memorial on this page:
Keats House at Guy's - bust 3 - Hippocrates

This section lists the other memorials at the same location as the memorial on this page:
Keats House at Guy's - bust 3 - Hippocrates