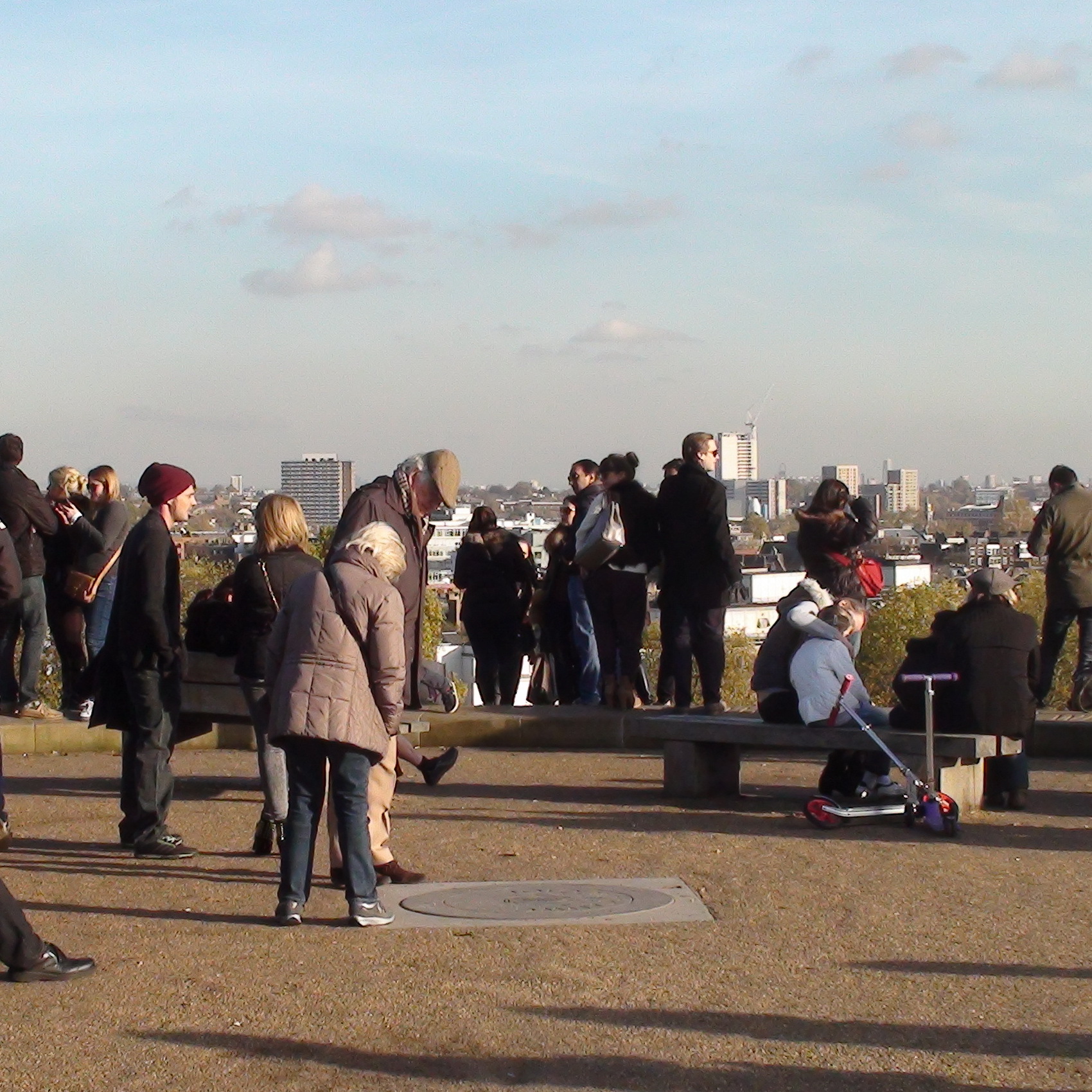 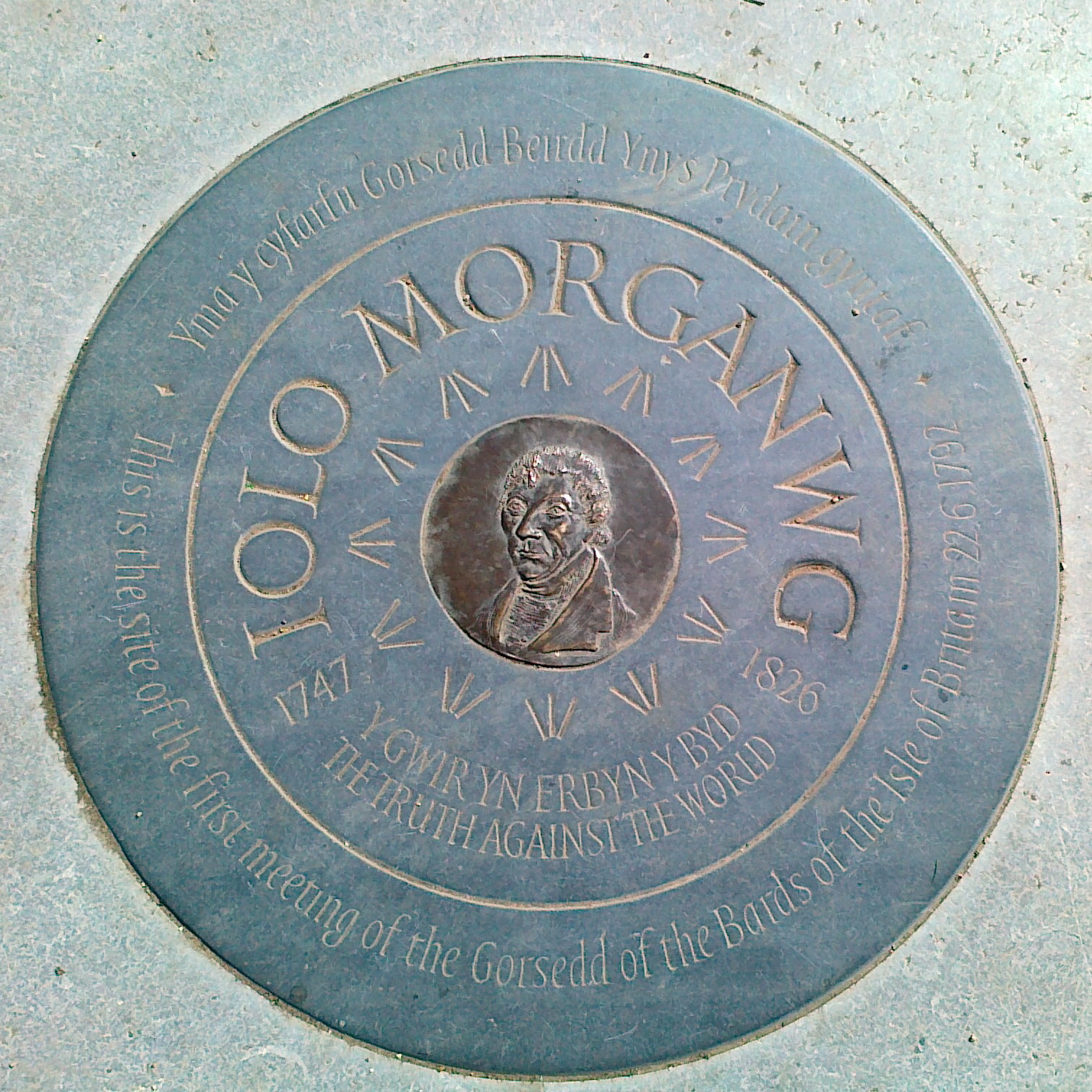 {In an outer ring:}
This is the site of the first meeting of the Gorsedd of the Bards of the Isle of Britain 22.6.1792.
Yma y cyfarfu Gorsedd Beirdd Ynys Prydain gyntaf

{Welsh text says roughly the same as the English.}

{On the low wall at the southern edge of the viewing area:}
I have conversed with the spiritual sun. I saw him on Primrose Hill.  William Blake 1757 - 1827.

The Blake quote, recalled by Henry Crabb Robinson in his 1869 diaries, was designed and hand carved by Will Davies over three weeks.

Our Welsh consultant, David Hopkins, writes: "The modern annual eisteddfod ceremonies have a good atmosphere and are attended by a wide range of people.  Before they present the prize to the winner of the poetry competition the Archdruid says the line “Y gwir yn erbyn y byd” (“The truth against the world”) and then asks “A oes heddwch?” (“Is there peace?” ie Does everyone agree?).  The audience then all shout “Heddwch” (“Peace”, ie Yes!)  You can read more about it at National Museum of Wales.  Although the literal meaning is clear, I’ve never quite worked out what the underlying sentiment/message is supposed to be!  Truth must trump our worldly ways?  But maybe it’s deliberately cryptic!"  David also kindly visited and took the close-up picture for us when we realised ours was rubbish.  Thanks to David - though a trip to Primrose Hill on a sunny day is no hardship.

The Royal Parks give the History of Primrose Hill in a proposal for the 'Summit Improvements' of 2009.  Kentish Towner shows the view before the skyscrapers arrived.  Spitalfields Life features some modern-day Druids.

This section lists the subjects commemorated on the memorial on this page:
Iolo Morganwg 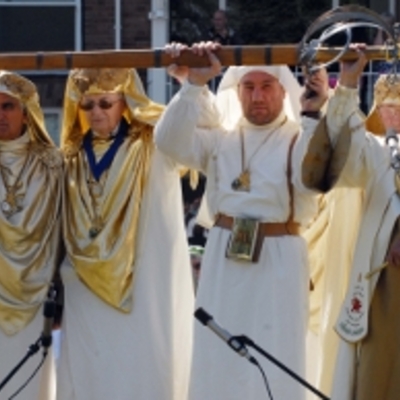 first meeting of the Gorsedd

First meeting of the Gorsedd of the Bards of the Isle of Britain.  We have to... 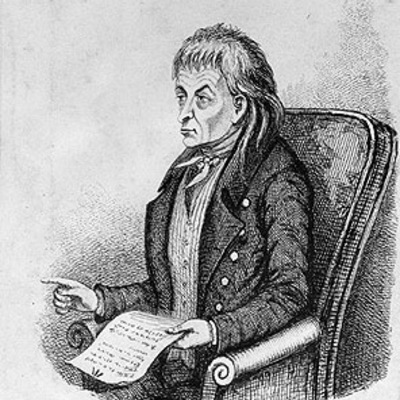 Born Edward Williams in Glamorgan. Founder member of the Unitarian movement i...

This section lists the subjects who helped to create/erect the memorial on this page:
Iolo Morganwg 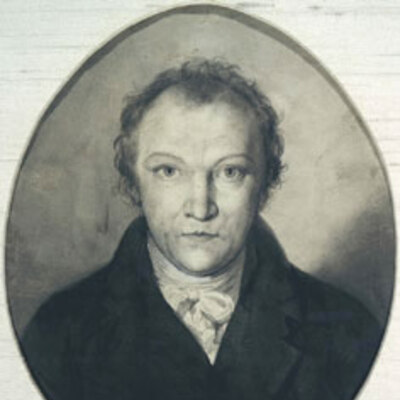 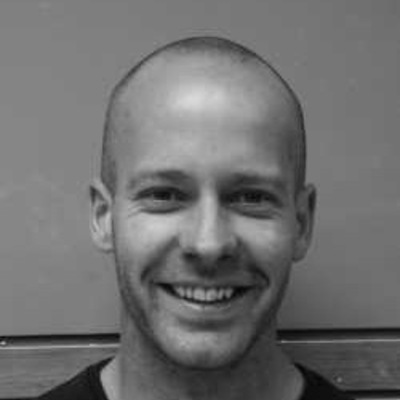 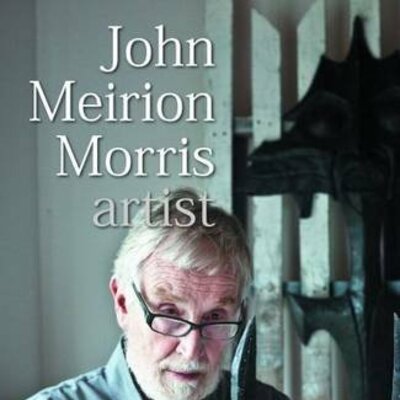 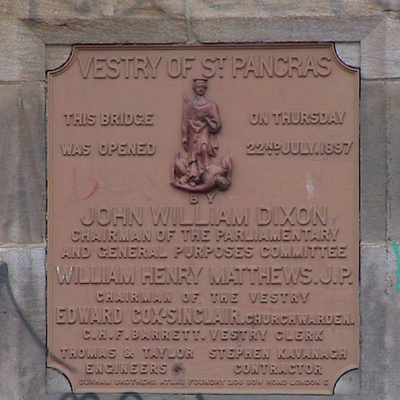 Vestry of St. Pancras This bridge was opened on Thursday, 22nd July 1897 by John William Dixon, Chairman of the Parliamentary and Gene... 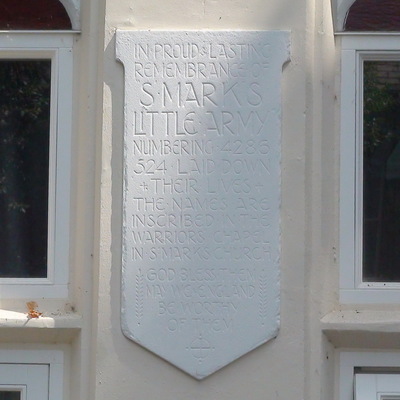 We thought the last line may be a quotation but we cannot find it anywhere. It would be interesting to know if the Warriors Chapel has su... 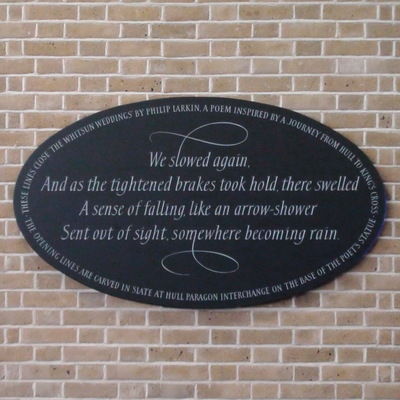 The Whitsun Weddings (recalling a train journey on Whitsun Saturday afternoon in 1955) was voted one of the "Nation's Top 100 Poems" in 1... 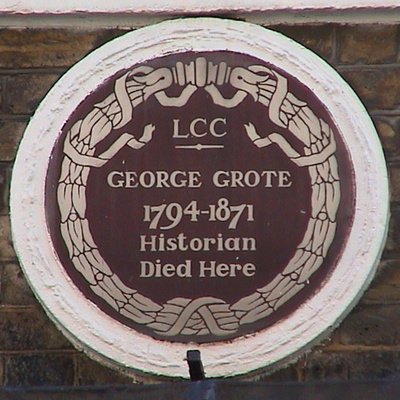 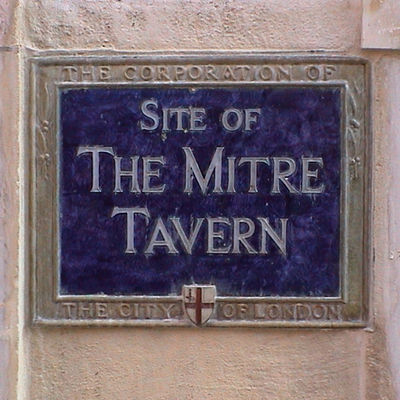 The plaque is to the bottom left of our picture.