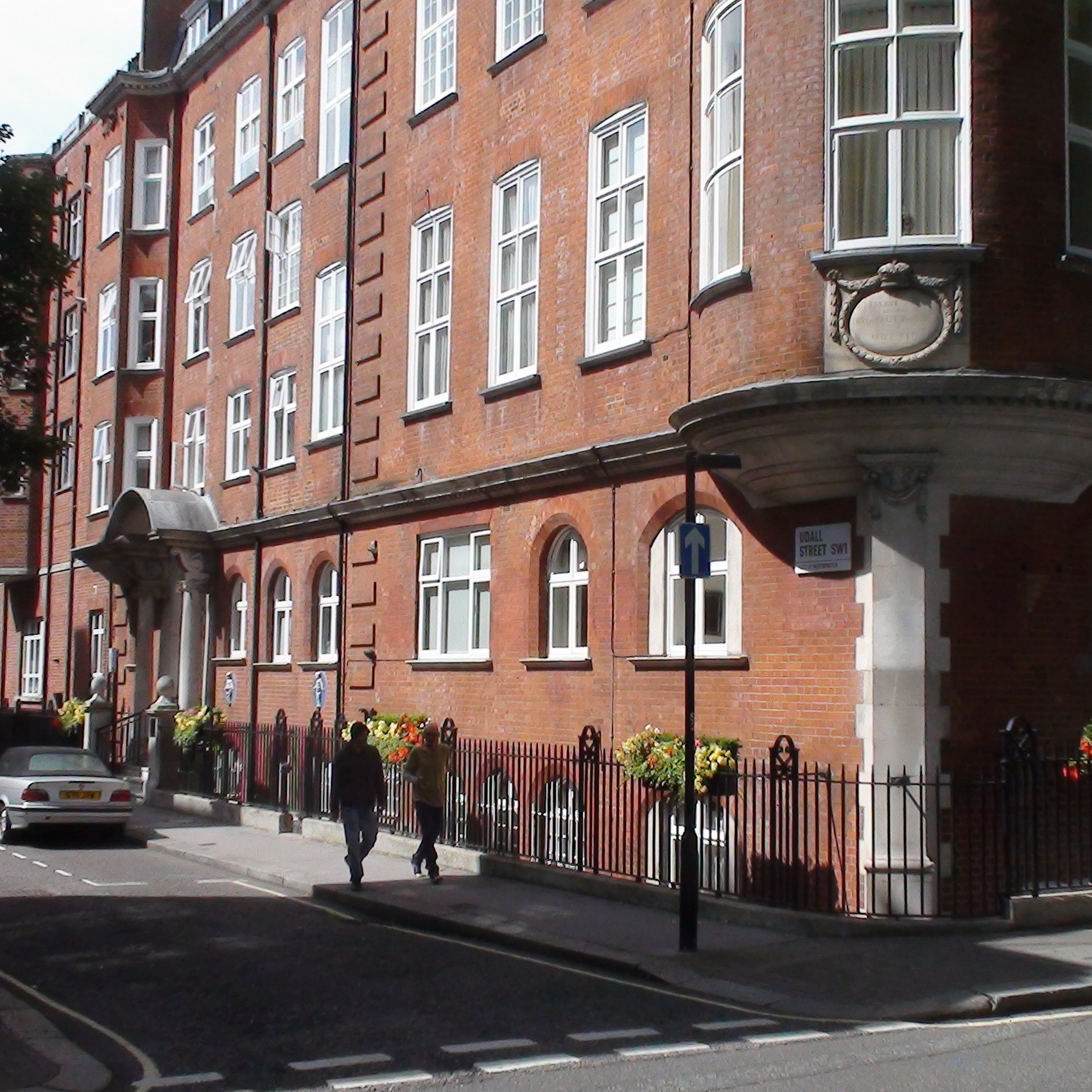 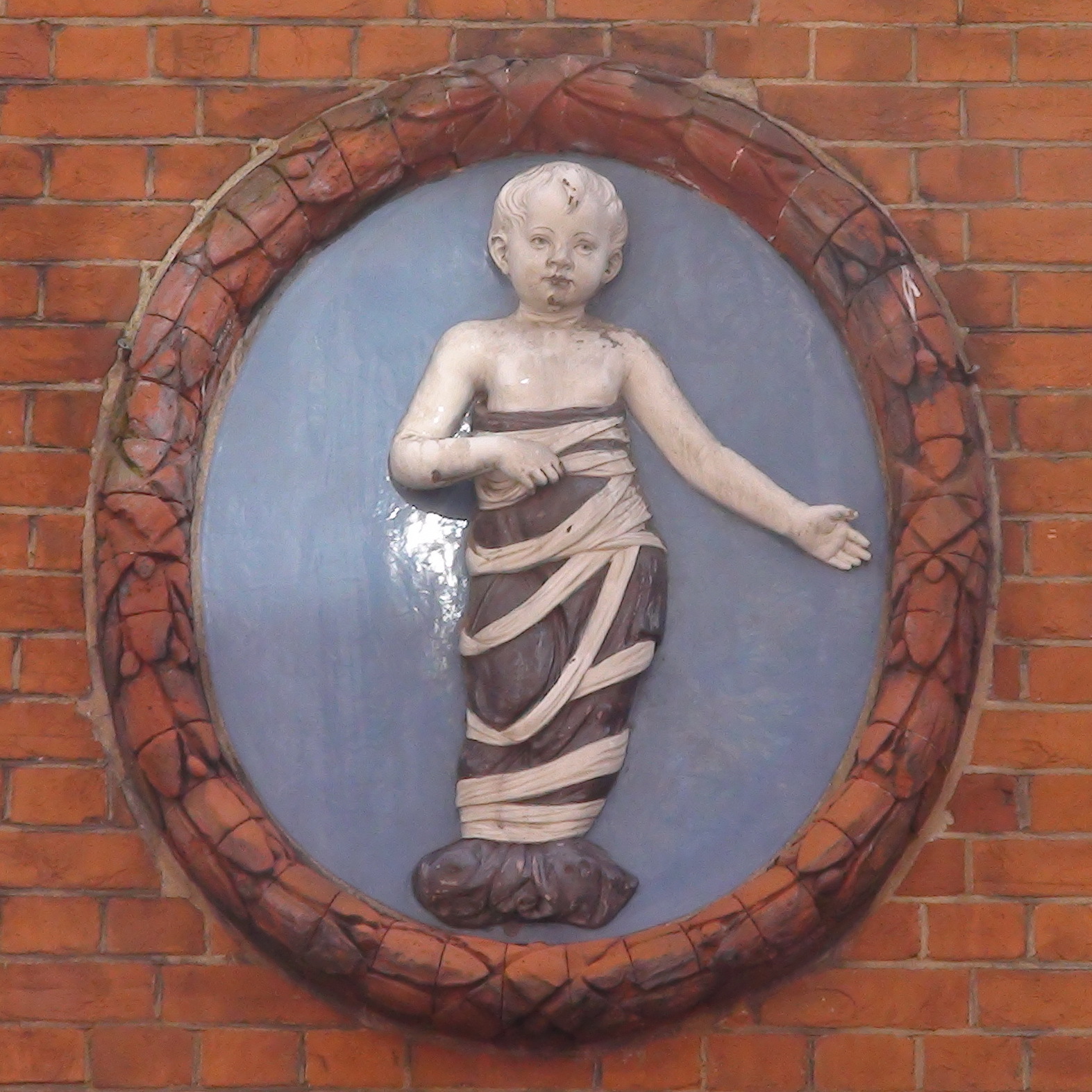 The two be-wreathed babies are on the building on the south-east side of the street, which was the 1914 nurses home; the others on the, photographed, north-west side. The arch at the left of our photo contains a nicely foliated cartouche "The Infants Hospital". Since the hospital closed in 1995 this building and the nurses home have been converted into flats.

These swaddled babies have their inspiration in work by Della Robbia. His bambini were installed on the Ospedale degli Innocenti (Hospital of the Innocents) in 1487 in Florence and the image of a swaddled baby has since become a symbol of paediatrics.

We can't get over the impression that these babies are semaphoring to each other, possibly asking when the sack race starts.

Note: Udall Street was known as Alfred Street until probably about 1930-40.

2022: We published another swaddled baby at Bonner Street WW1 memorial.

This section lists the other memorials at the same location as the memorial on this page:
Infants Hospital - baby 1 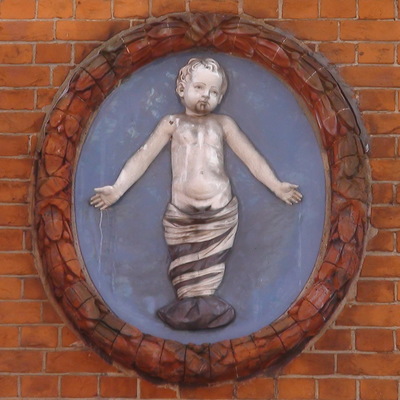 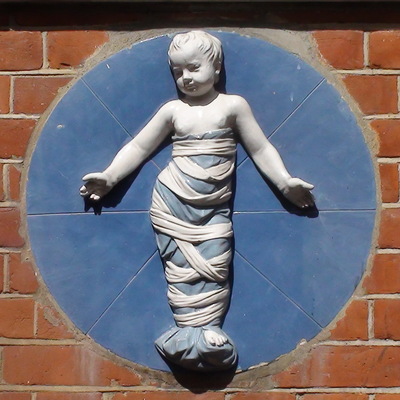 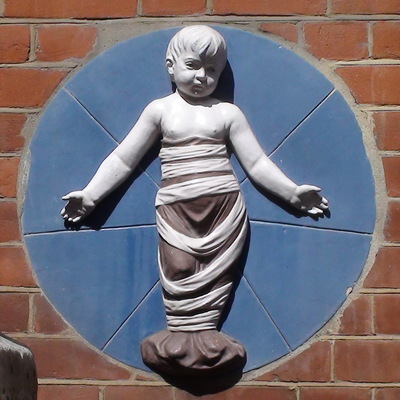 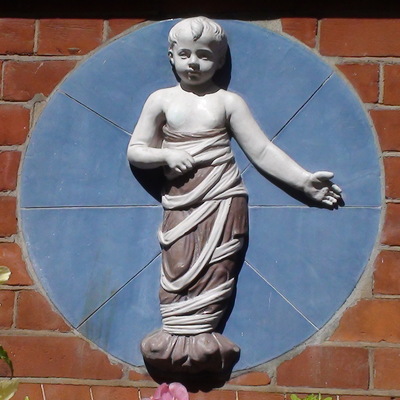 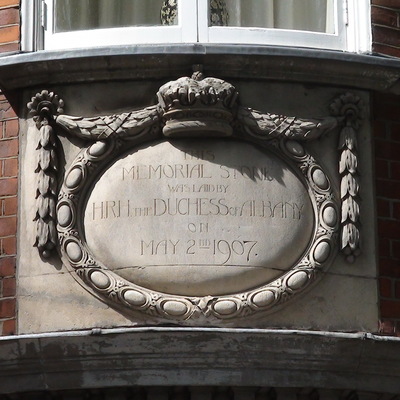 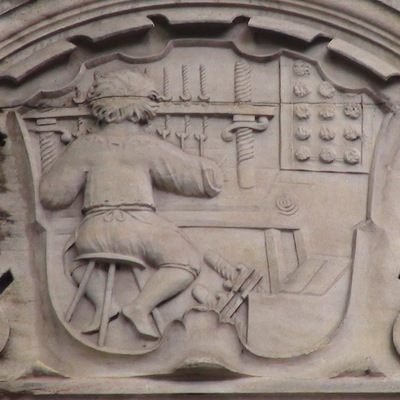 Tiger Growl spotted this charming relief on the second floor balcony of this flatiron building. We've identified the activity as bookbin... 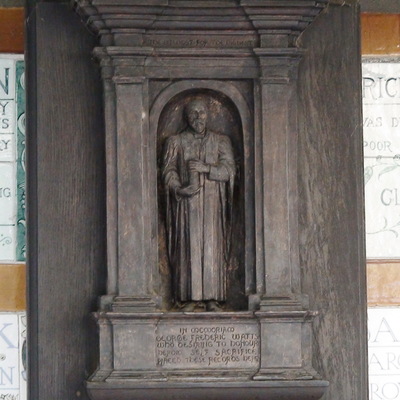 This looks as if it's carved wood but Bonhams says it's probably painted ceramic. 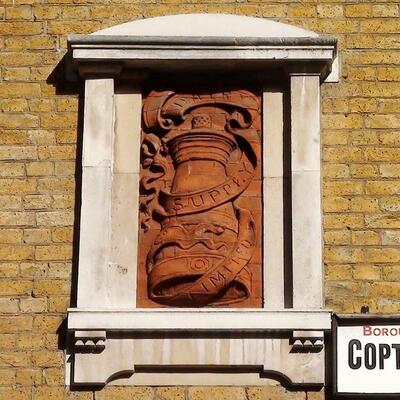 We've long admired this building (1888 by R. P. Whellock) so we are delighted that Ian Visits posted about it and did a lot of the resear... 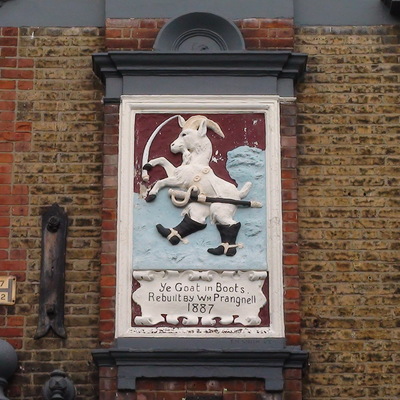 The date, 1887, is repeated at least twice more on the building. 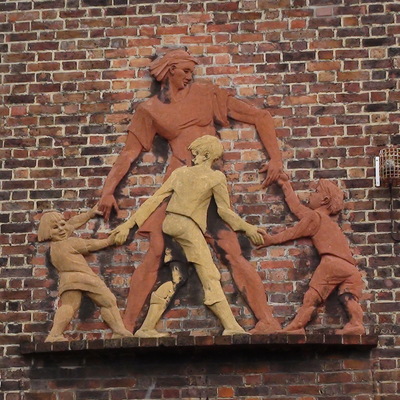 Both sculptures face north-west. In our photo, between the two buildings you can see the Footballers on the far block, Wareham House. The...