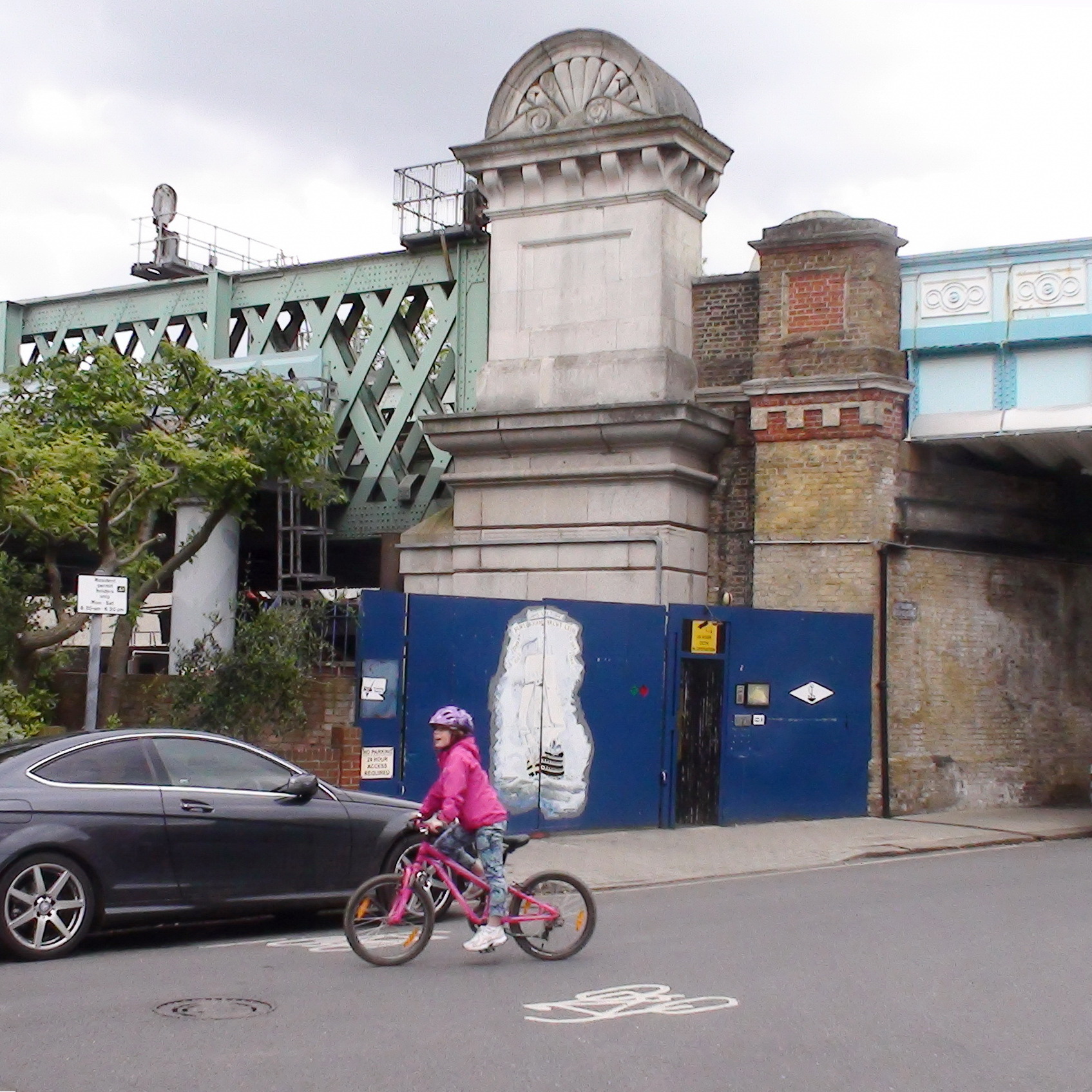 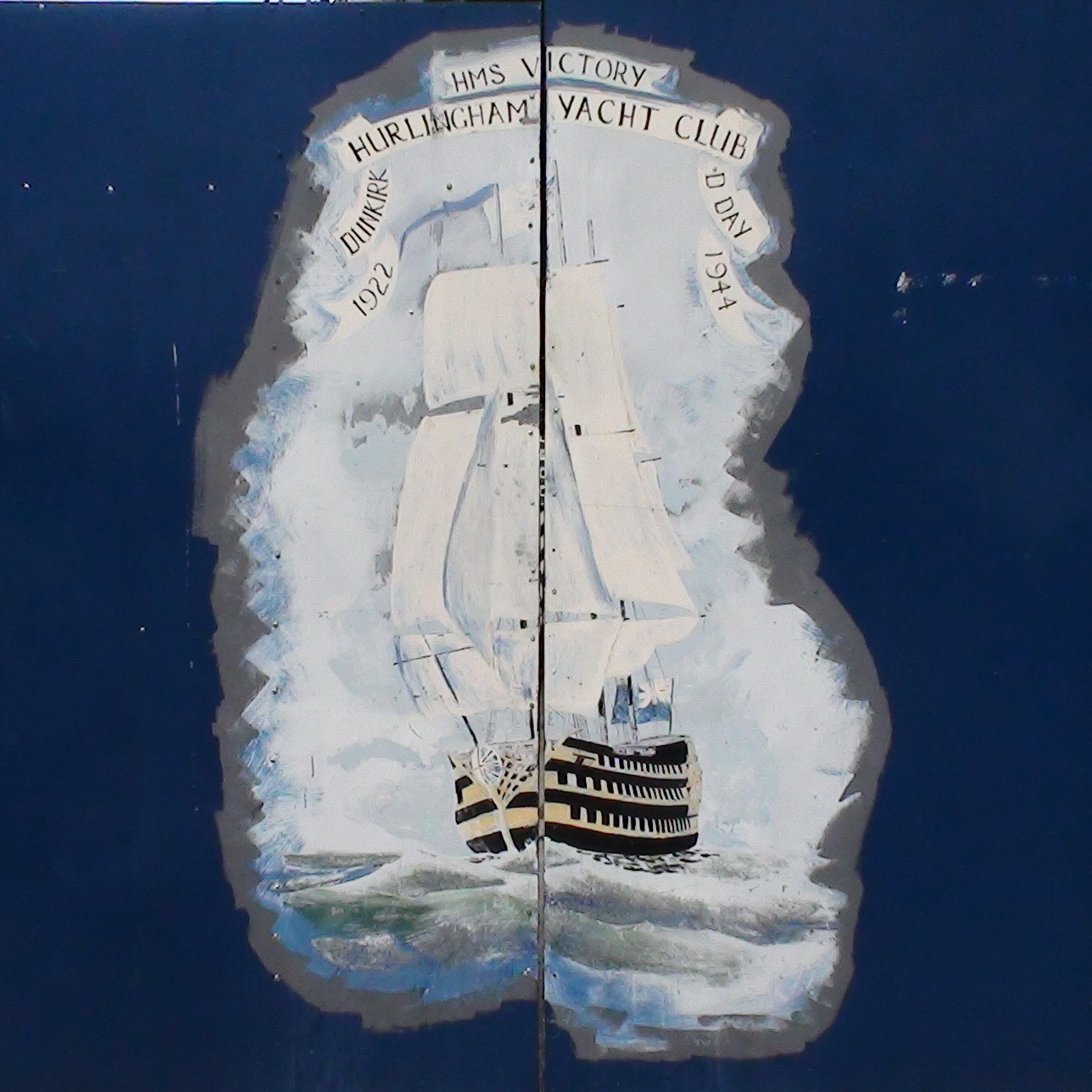 1922 is the year that the Club took on its current name, though we don't know what it was previously called. We can't discover the connection with HMS Victory (depicted in the painting) nor D-Day. The club's website says that "some of our members took part at Dunkirk" so that, at least, is explained. Victory was built at Chatham, and surely has never come this far up the Thames.

To the right of the large painting is a rather old looking board which contains information about the Club and includes a defunct old web address for the club.  This one works (2015).  The board also says "A working boatyard since 1927."

This section lists the subjects commemorated on the memorial on this page:
Hurlingham Yacht Club 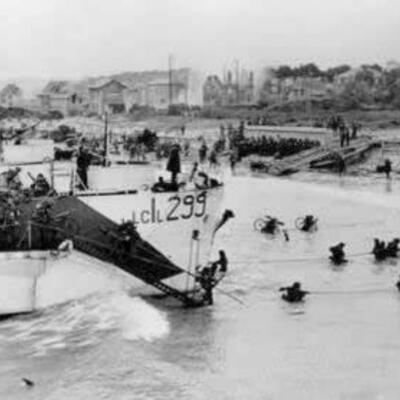 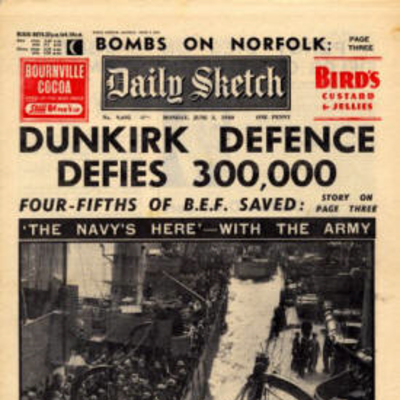 In May 1940, British, French and Belgian troops were cut off on the French co... 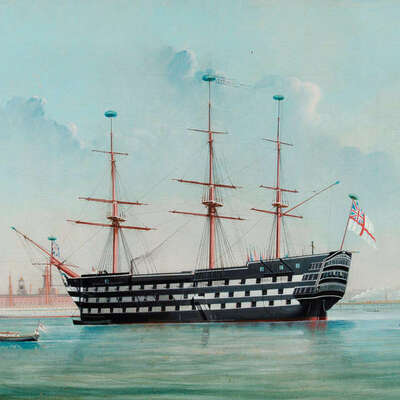 This section lists the subjects who helped to create/erect the memorial on this page:
Hurlingham Yacht Club 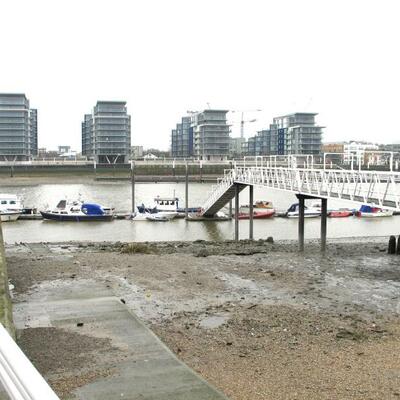 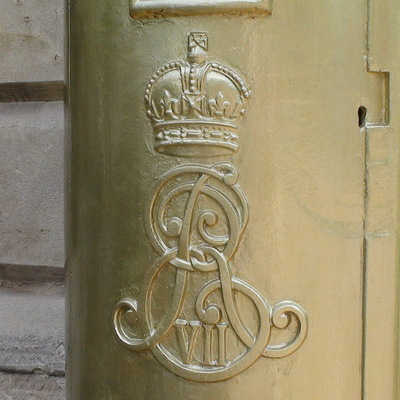 {On plaque attached to side:} This post box has been painted gold by Royal Mail to celebrate Pete Reed, Gold Medal winner, London 2012 Ol... 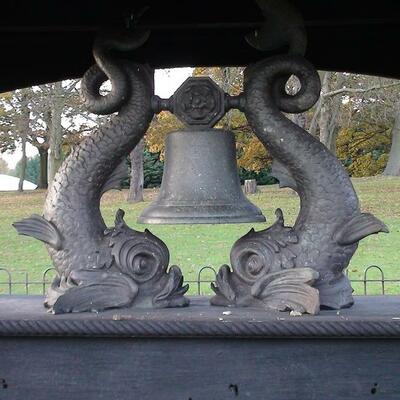 This trophy was originally placed on the old quarter-deck (presumably constructed and used for training purposes). We cannot discover the... 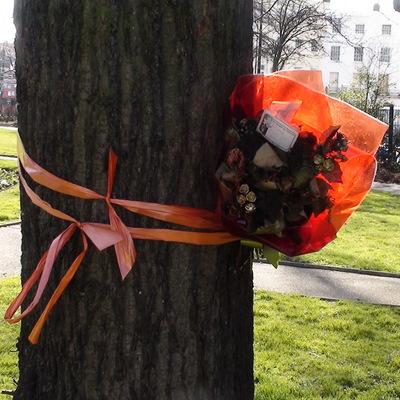 This bouquet of dried flowers was tied to a tree in the garden not too far away. The writing was illegible or uninformative so we have n... 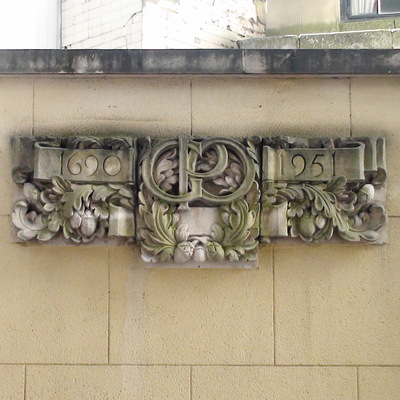 Immediately north of this panel are 7 other similar architectural panels relating to the Bankers Clearing House which was also on this site. 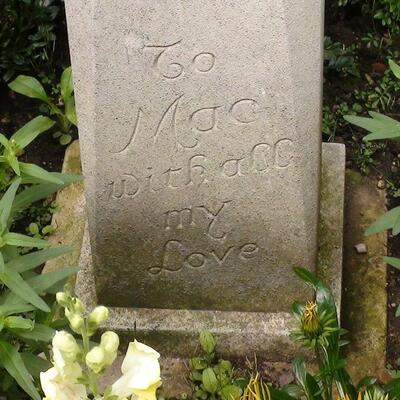 This bird bath looks like it was erected sometime about 1980 - 2000, but we can find no clue about Mac and who loved him/her. Can anyone...