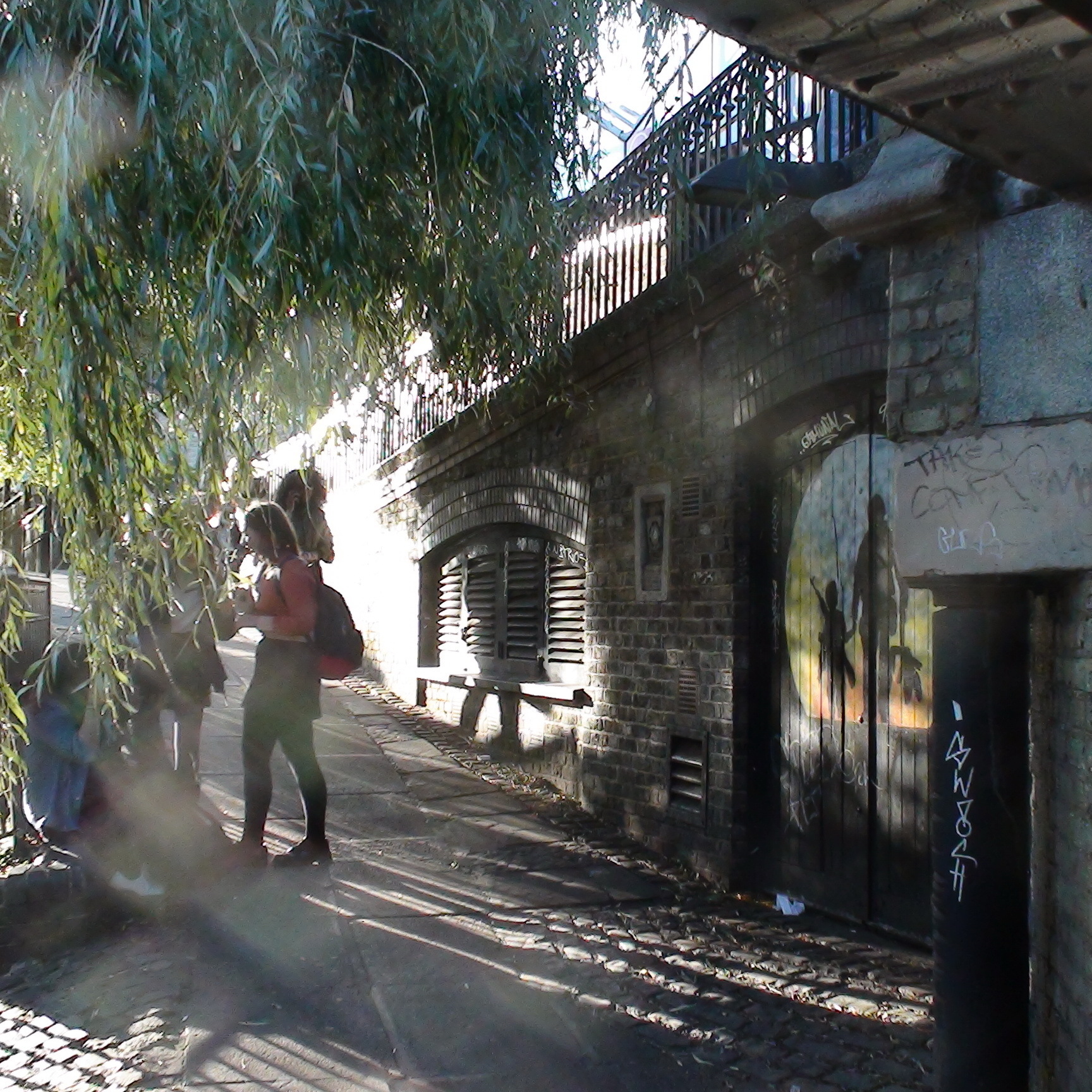 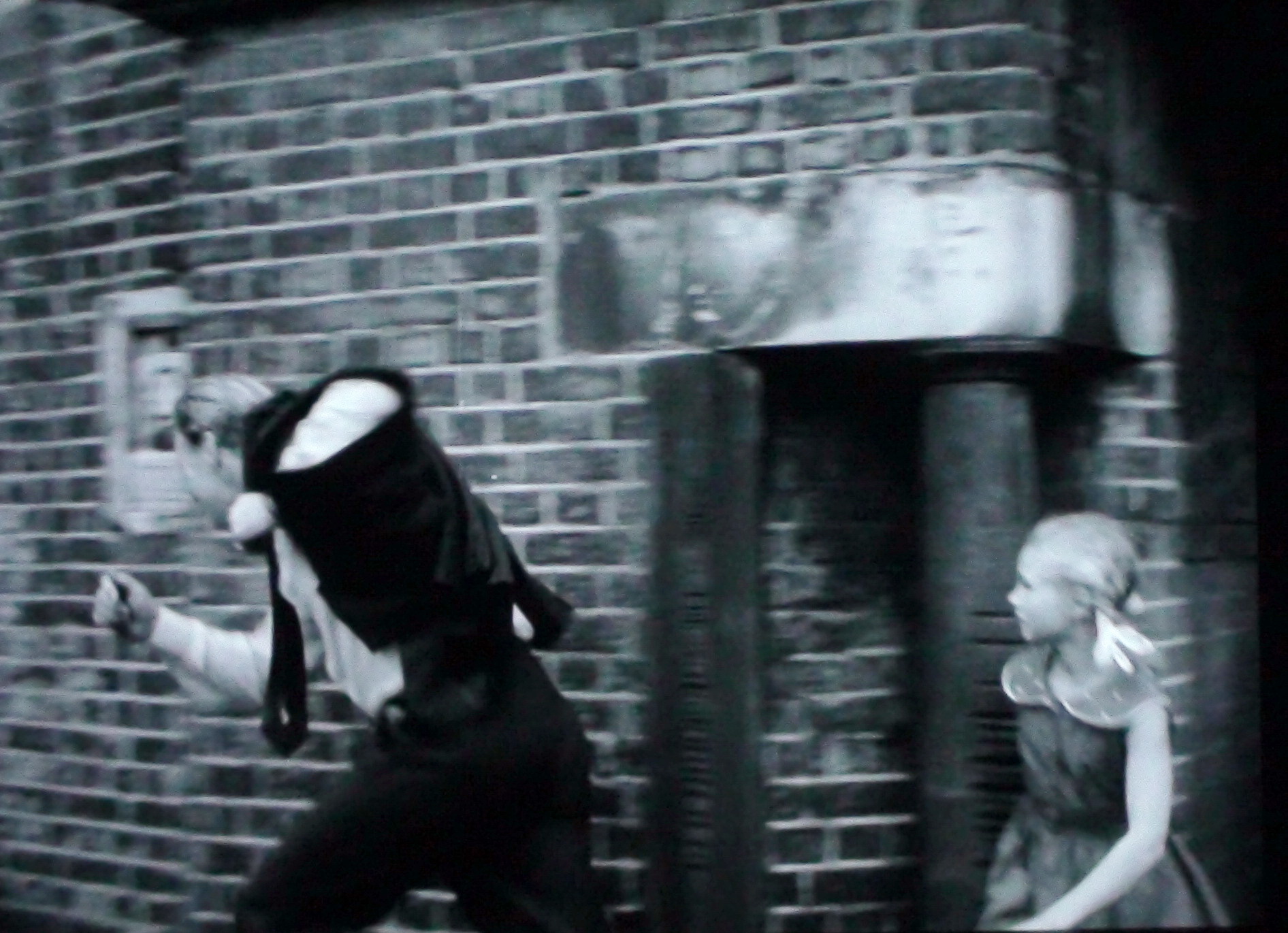 We chose the frame in the film that shows the plaque (immediately in front of the man's head) and also the corner stone lintel and pillar (showing the score lines caused by the tow ropes passing around the corner). The characters have just run under the road bridge and are turning the right-angle corner to run up the path beside the road, past the plaque.

This section lists the other memorials at the same location as the memorial on this page:
Guilders Stone - 1961 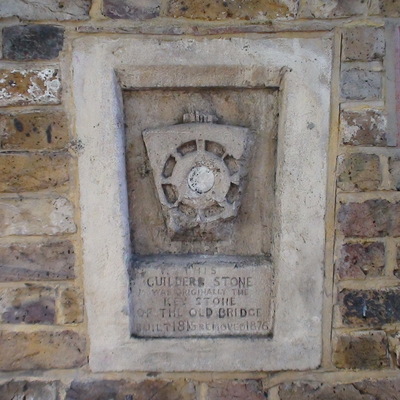 The phrase "Guilders Stone" has not been explained, other than a suggestion t... 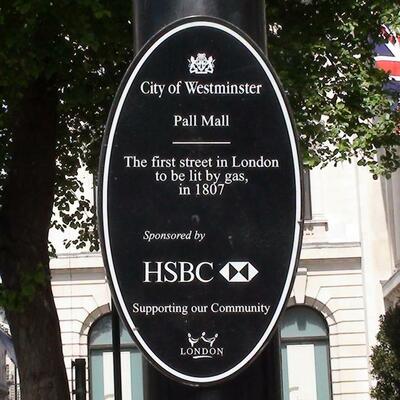 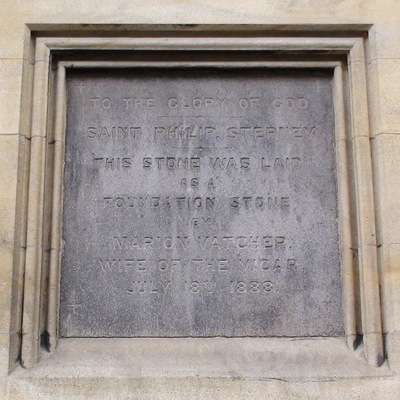 AIM 25 gives the history of this church: Saint Philip's originated in a proprietary chapel built by local residents between 1817 and 182... 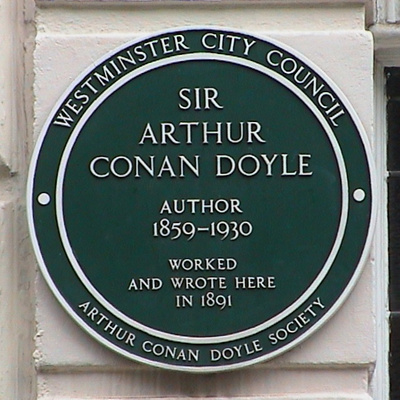 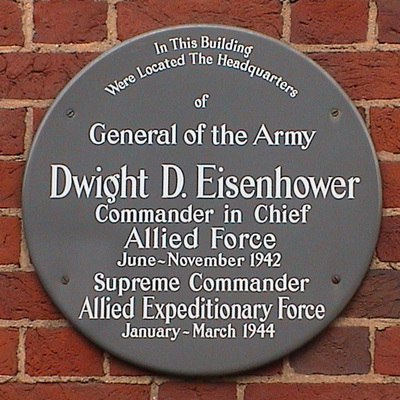 Eisenhower's office was the corner room on the first floor (for our American friends - this is the floor above the ground floor).  Discov...