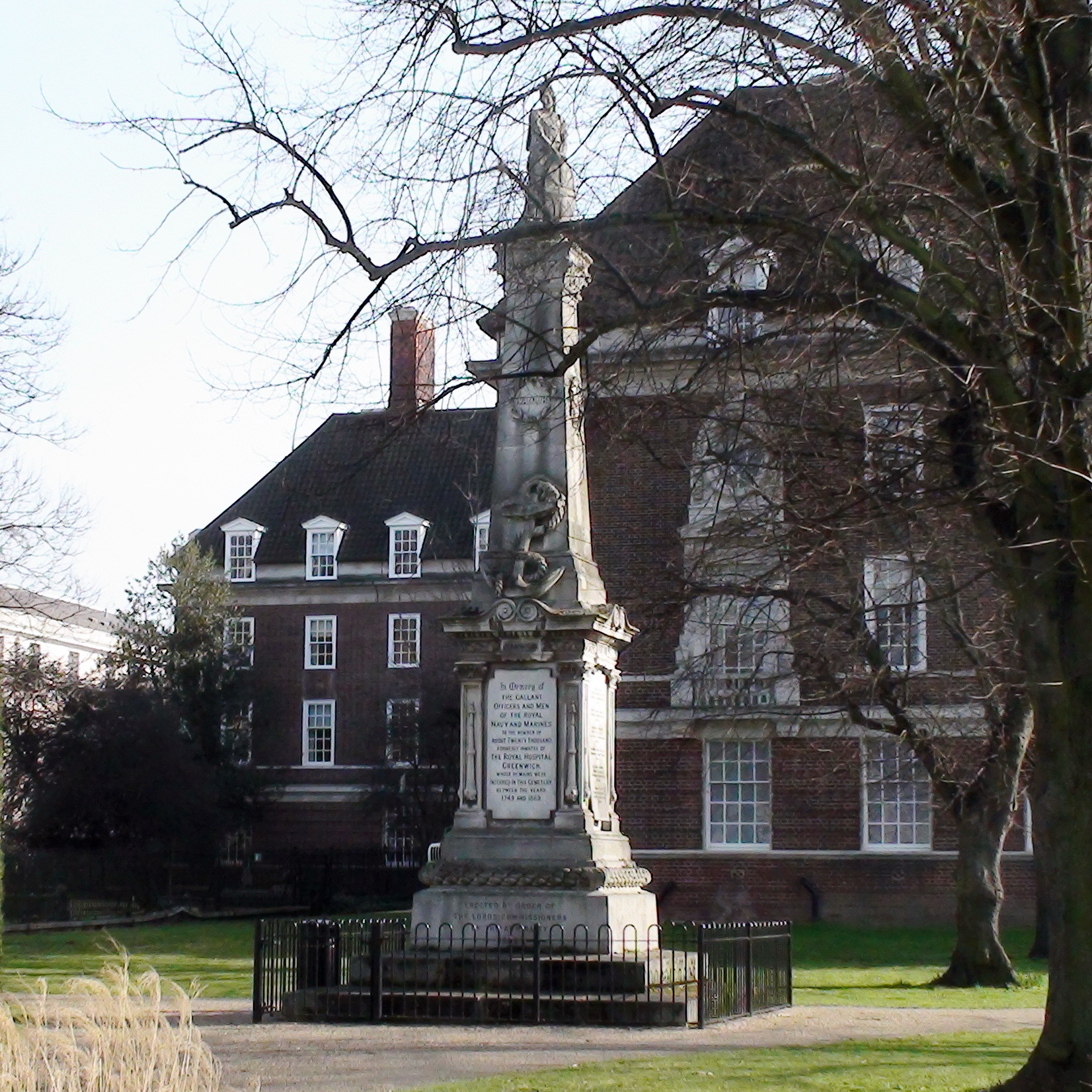 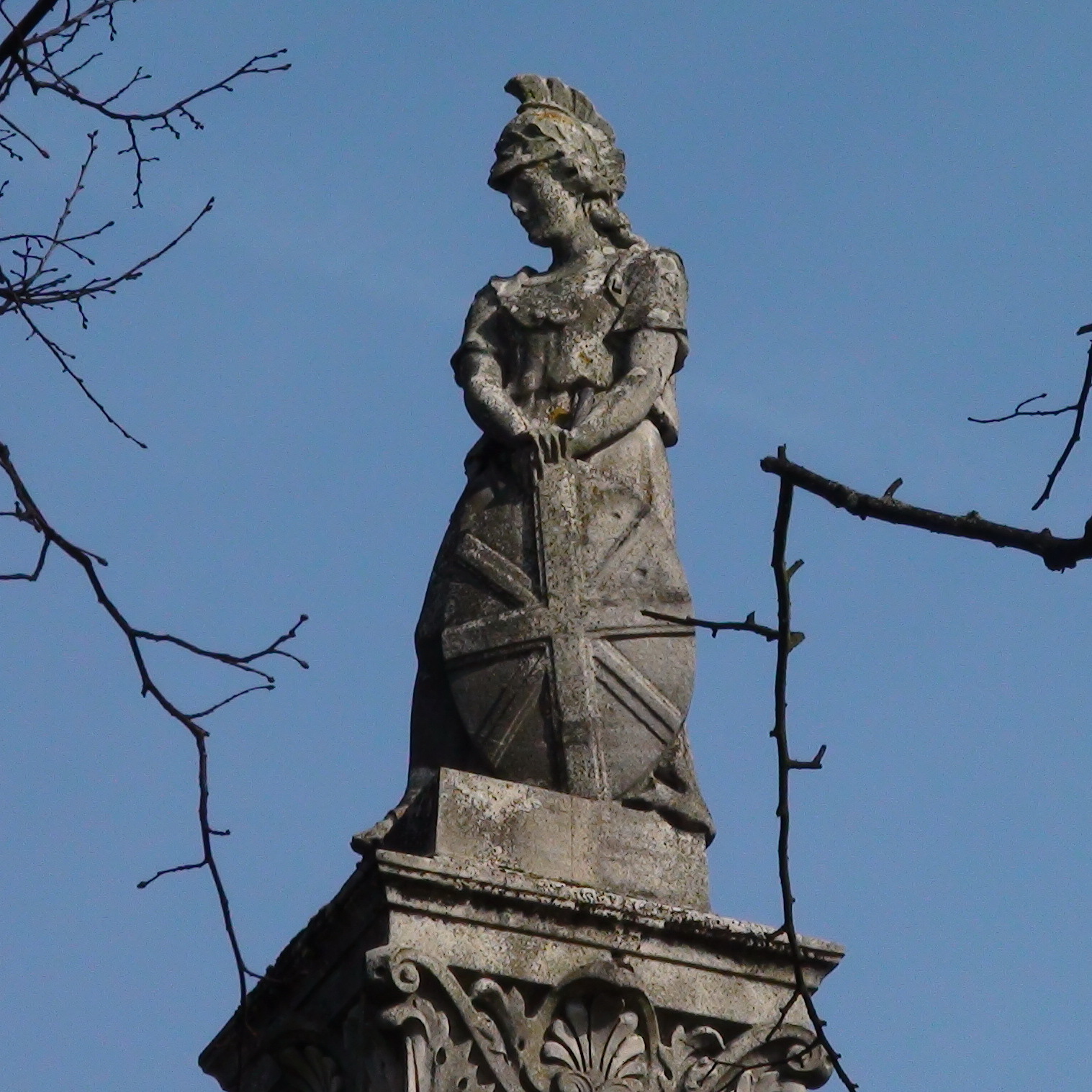 {On the north face:}
In memory of the gallant officers and men of the Royal Navy and Marines to the number of about twenty thousand, formerly inmates of the Royal Hospital Greenwich, whose remains were interred in this cemetery between the years 1749 and 1869.

{and low down:}
Erected by order of the Lords Commissioners of the Admiralty 1892.

{The other three sides carry a list of names, in date of death sequence.  See Subjects commemorated for the names.}

{Above the text or the list each side also carries: the name of a key virtue and the name of a key battle, listed here clockwise starting with the north face:}
Valour
Honour
Loyalty {inside a laurel wreath}
Duty

{The anchor is on the north face.  The south has a sculpture of a shrouded gun.}

The names on the monument are of men whose claim to immortality is their role in running the Hospital rather than any heroic deed. Most were 'Governor' of the Hospital, a post that dates back to 1708, though the first one listed here, Hood, was appointed in 1796. And it seems to have been standard for the Governor to stay in the post until death.

In 1875, after the Hospital had closed, the digging of a tunnel for the London and Greenwich Railway meant that the remains had to be disinterred. They were removed to East Greenwich Pleasaunce which in 1926 was made a public park.

This section lists the subjects commemorated on the memorial on this page:
Greenwich Royal Naval Hospital Old Burial Ground 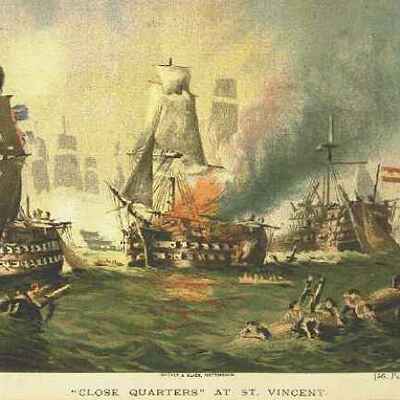 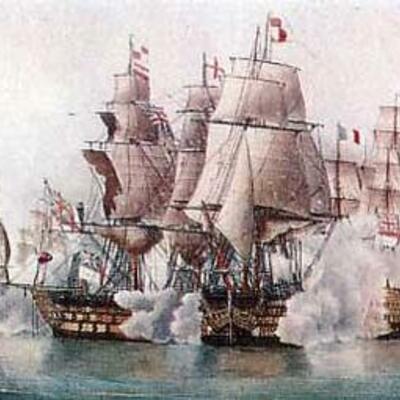 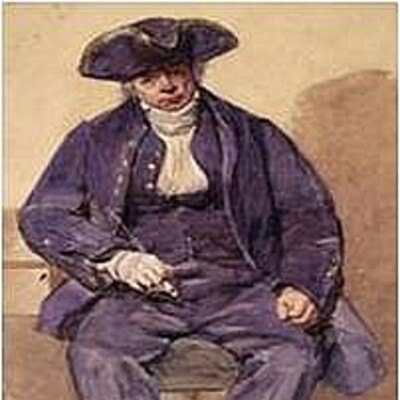 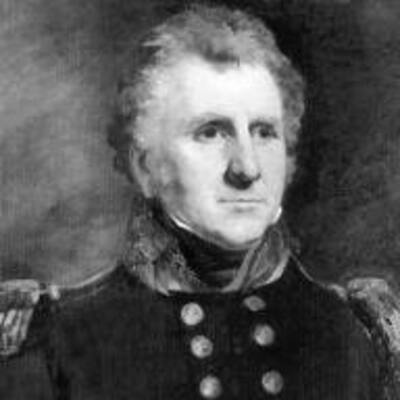 This section lists the subjects who helped to create/erect the memorial on this page:
Greenwich Royal Naval Hospital Old Burial Ground 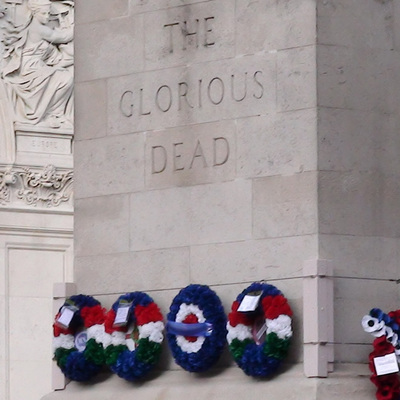 "Cenotaph" is Greek for "empty tomb".   The shape is a plain pylon with a coffin on top.  This memorial by Lutyens, for the first anniver... 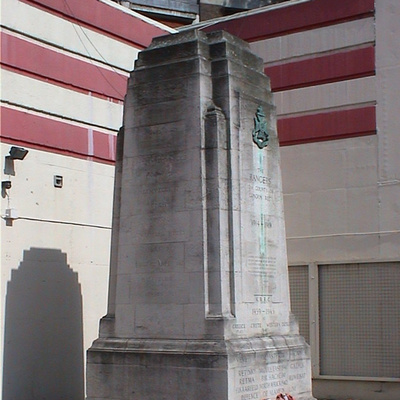 Prior to WW2 this crescent was occupied by a landscaped garden and was quite a swanky address. Ornamental Passions has an article on the... 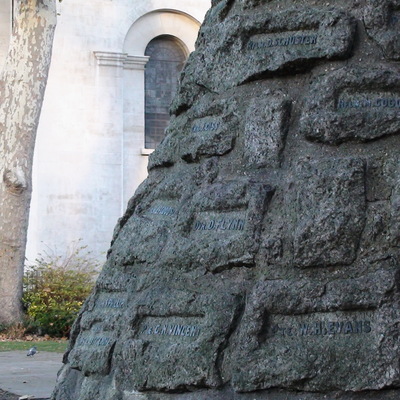 The cross is granite and is planted in a cairn of granite boulders, many of which have a flat section carved out and a name spelt out in ... 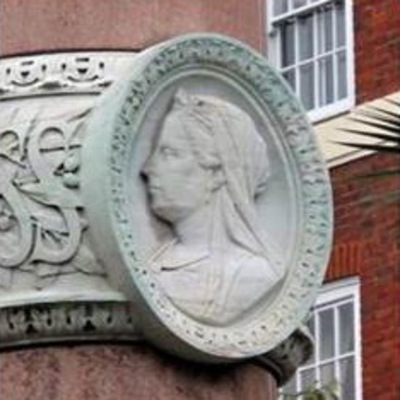 Unveiled by Princess Louise, and her husband the Duke of Argyll in 1904 in Kensington High Street, opposite St Mary Abbots Church, close ... 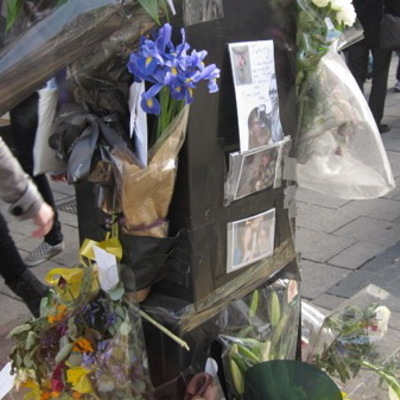 We thank Ross Corben for the street photo and precise location and London Cyclist for our close-up pic.