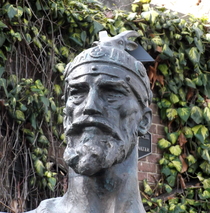 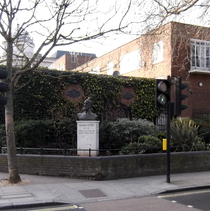 The unveiling took place on the 100th anniversary of Albanian independence.

Another plaque on the wall, in the same style as the Viscountess's, reads: "This garden was refurbished by Westminster City Council in consultation with the Residents of Bayswater, January 1992."

This section lists the subjects commemorated on the memorial on this page:
George Skanderbeg

This section lists the subjects who helped to create/erect the memorial on this page:
George Skanderbeg

This section lists the other memorials at the same location as the memorial on this page:
George Skanderbeg