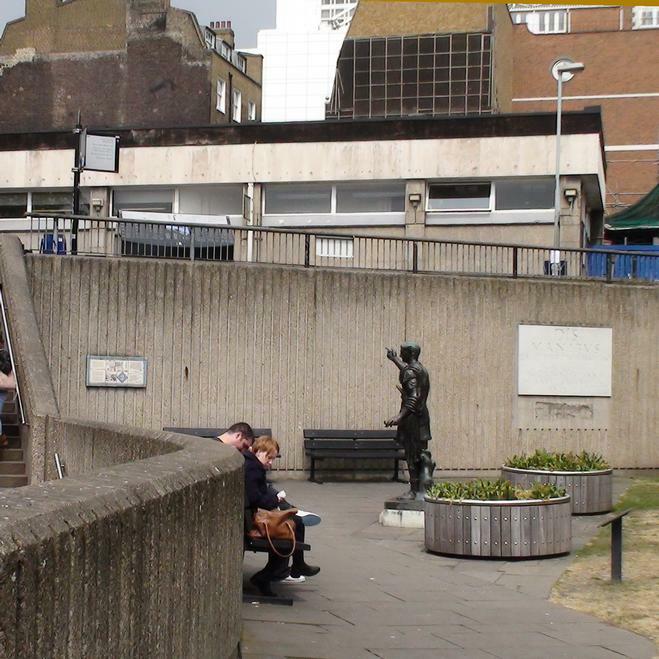 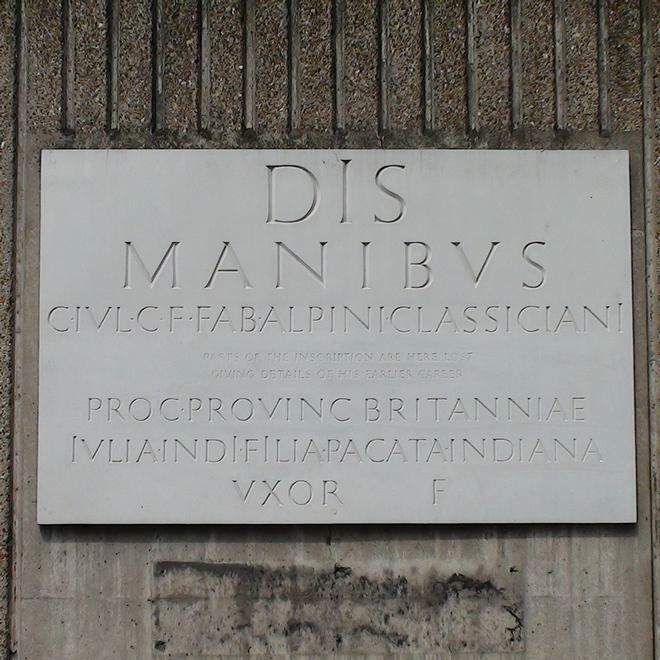 A nearby information board reads:
The inscription above, which is a replica of London's earliest inscribed monument, found close to this spot commemorates Gaius Julius Alpinus Classicianus procurator (or financial officer) of the province of Britain from 61 to about 65 AD. By his action the province was pacified without vindictive reprisals after the destruction of London during the revolt of Queen Boudicca and the Iceni. The words (from which two lines giving details of his earlier career are missing) were carved on a funeral monument erected in the neighbouring cemetery by his sorrowing wife Julia Pacata.

A London Inheritance has a 1947, or thereabouts, photo of "London's earliest inscribed monument" as it was then, in two sections incorporated into a wall. This post prompted us to search for the location of the original and we found it quickly, at the British Museum.

The London Transport Museum has another photo captioned "Close-up of a memorial tablet on Tower Hill. The plaque beside the tablet says that it is a reproduction of a monument erected about 65 A.D. the stones were built into a bastion of the Roman Wall, but originally formed part of a monument in a neighbouring cemetry. The stones were found to the spot of the reproduction, the upper 1852, the lower 1935. The original stones are kept in the British Museum."

This section lists the subjects commemorated on the memorial on this page:
Gaius Classicianus 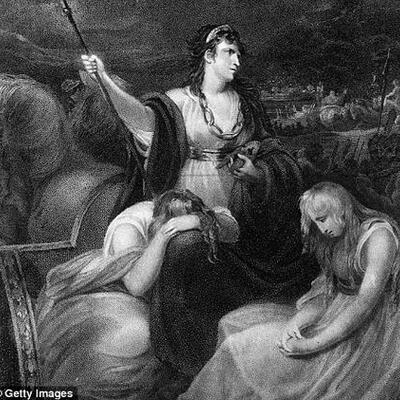 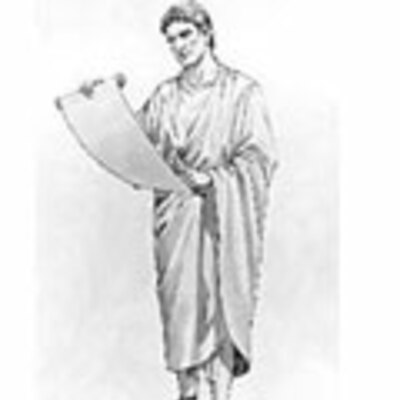 Procurator (or financial officer) of the province of Britain from 61 to about...

Wife and widow of Gaius Classicianus.

This section lists the other memorials at the same location as the memorial on this page:
Gaius Classicianus 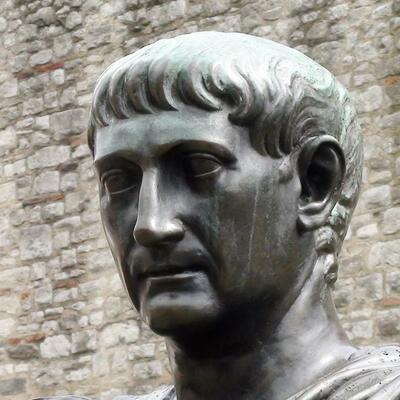 {On a steel plaque attached to the base:} Statue believed to be of the Roman ... 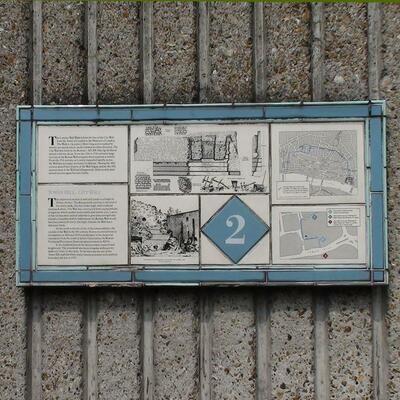 To the right of our picture there is a section of London Wall with a modern i... 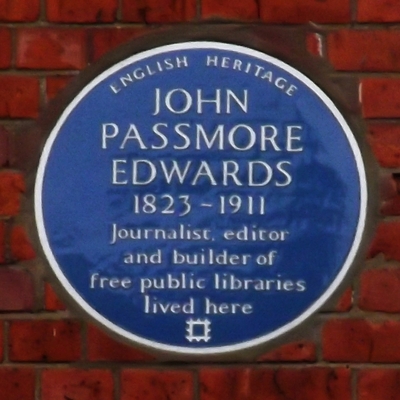 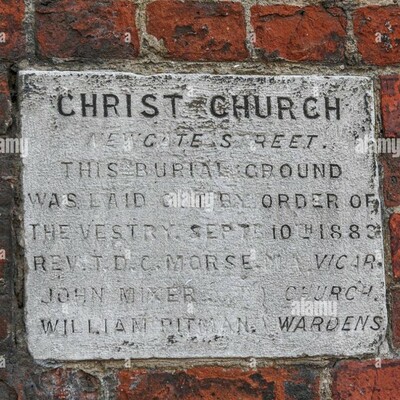 We came across a 2007 photo of this plaque on Alamy but, try as we might, we cannot find it at the site. There is not a lot of red brick ... 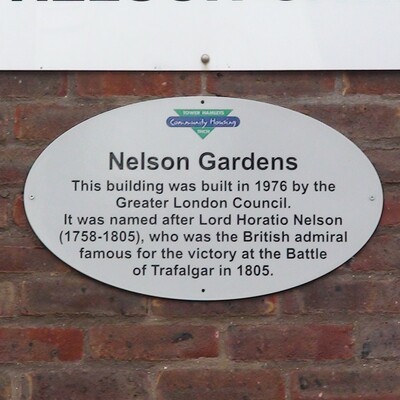 See St Peter's Close. As far as we can discover Nelson had no particular association with this area. 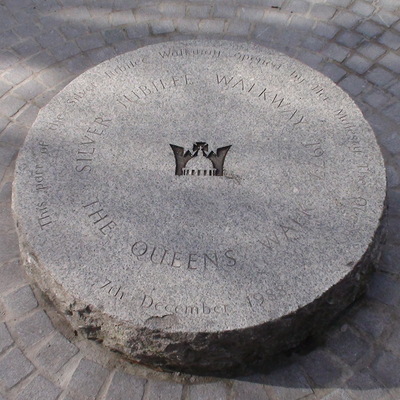 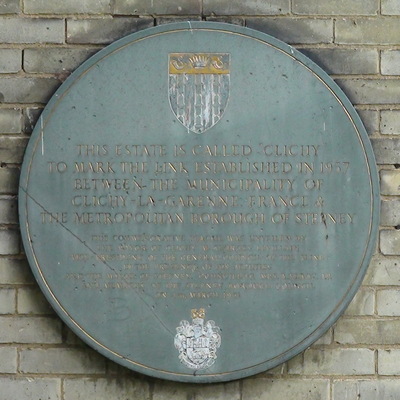 The church plaque is below the large wooden cross. the twinning plaque, unusually large, is on the wall to the right, below the tree.