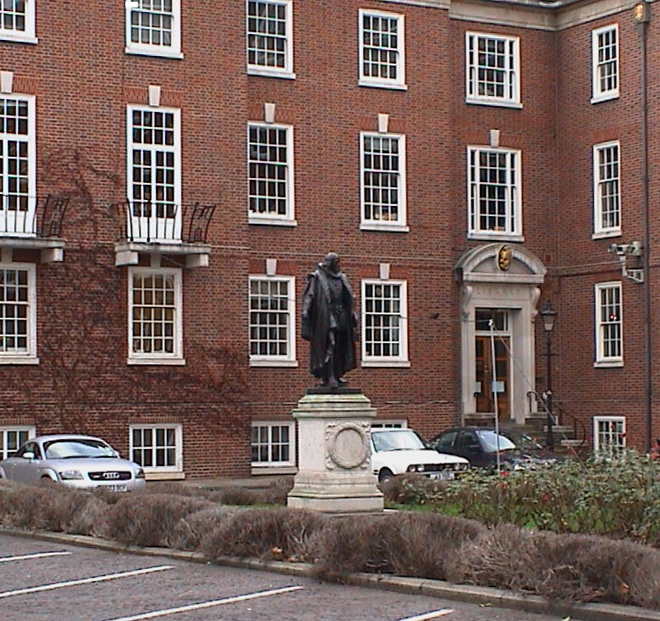 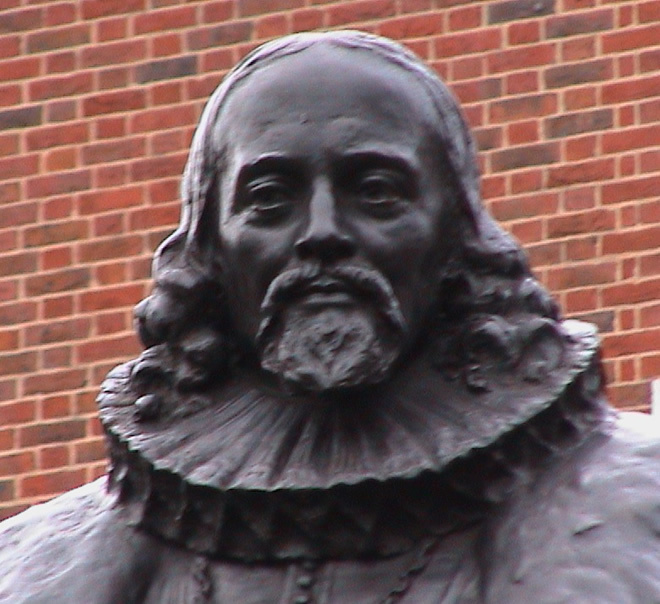 {On the front of the stone plinth, a laurel wreath around:}
Francis Bacon 1561 - 1626
{There seems to be some doubt on the date of birth since the last digit is actually given as 0/1}

{On the back:}
The Essays: Instauratio Magna et Novum Organum, History of the Reign of Henry VII, De Dignitate et Aligmentis Scientiarum.

Erected to mark the tercentenary of Bacon's election as Treasurer of the Inn in 1608. 2 years late after 300 - forgivable?.

A London Inheritance has some photos showing this area immediately after the WW2 bomb damage.  The pre-war buildings have a character that their replacements totally lack.

This section lists the subjects commemorated on the memorial on this page:
Francis Bacon 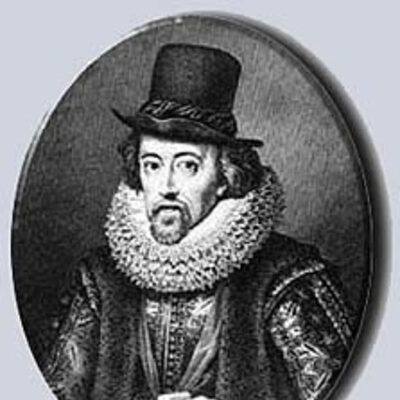 This section lists the subjects who helped to create/erect the memorial on this page:
Francis Bacon 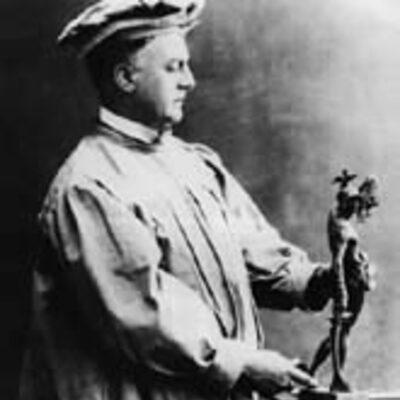 Born London. His London includes the 1906 Lady Justice on the dome of the Old... 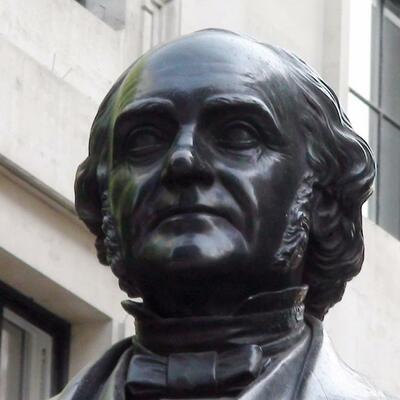 Unveiled by the then Prince of Wales, unusually in the subject's lifetime. Too ill to attend the ceremony Peabody died 3 months later. At... 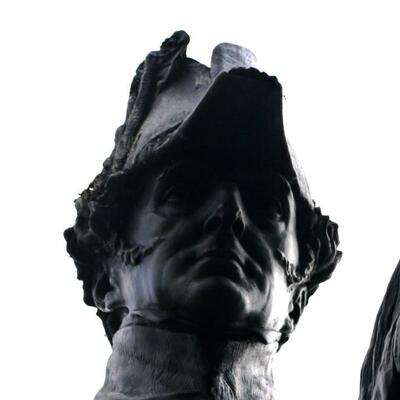 Statue unveiled by the Prince of Wales. The figures of the soldiers were cast from twelve French cannons captured by Wellington's forces ... 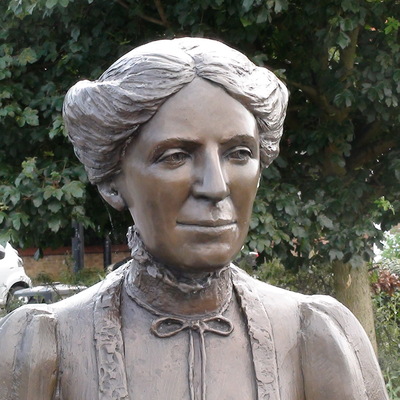 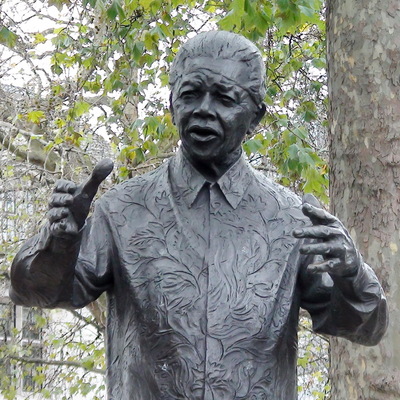 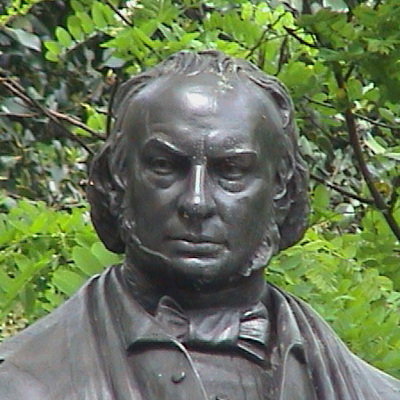