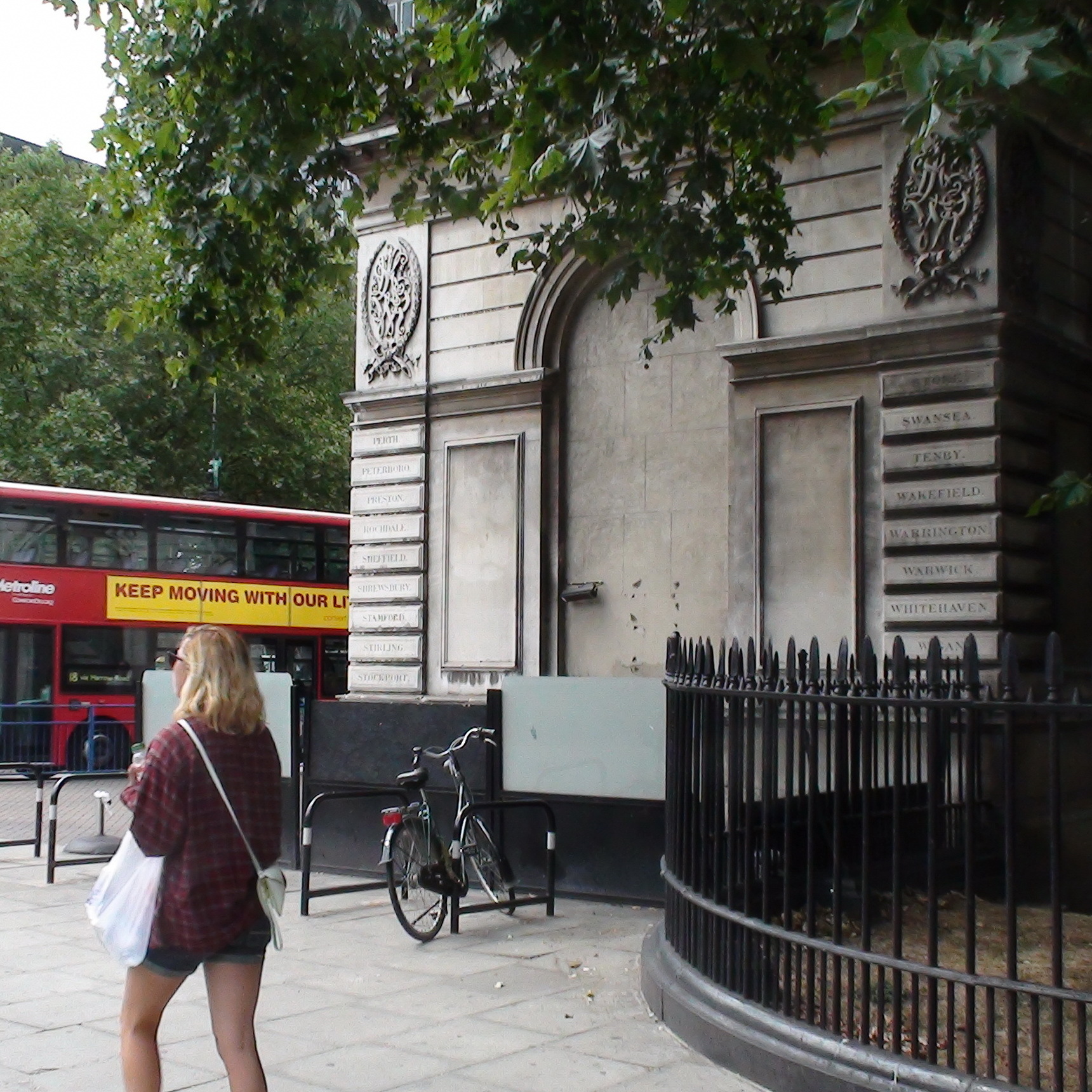 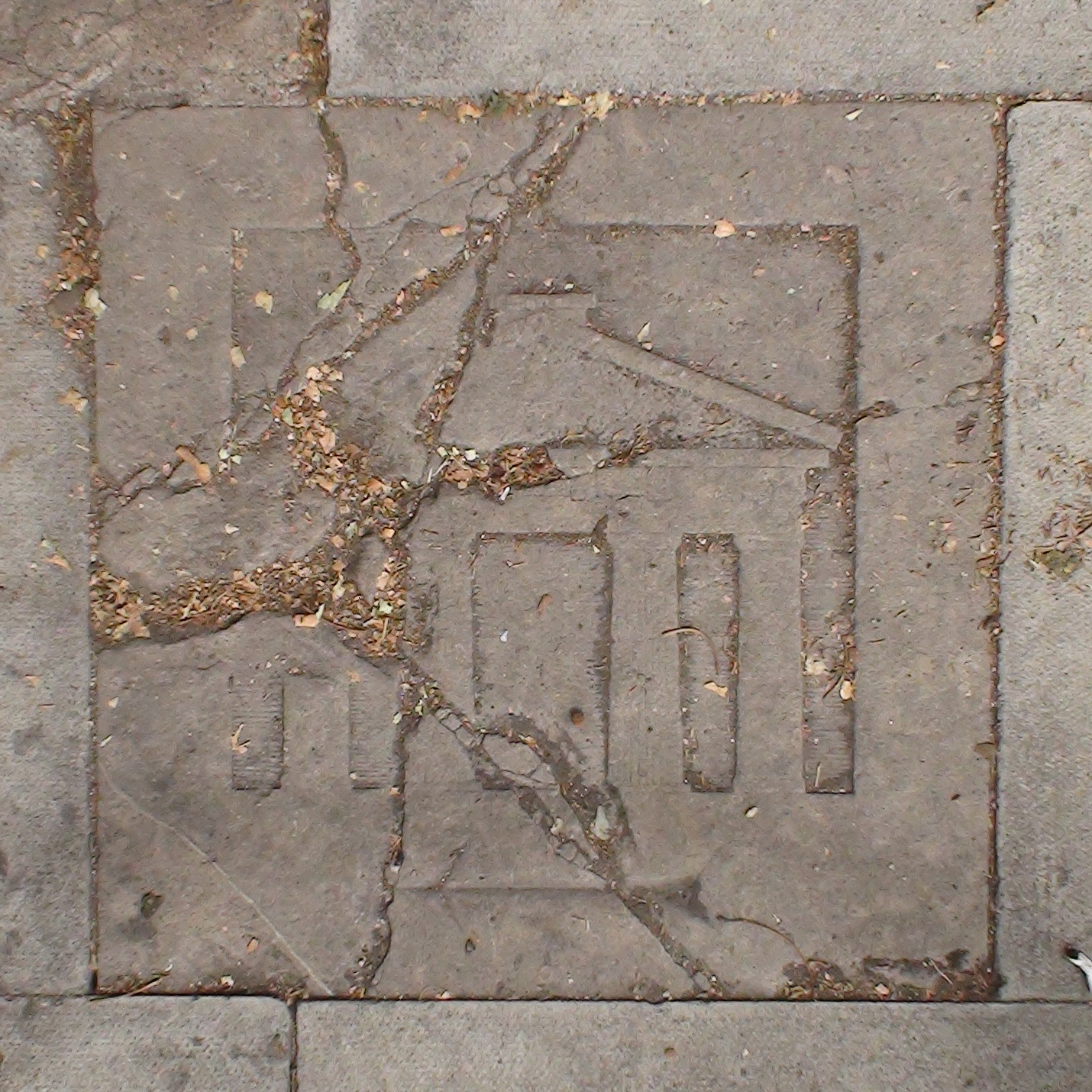 We were delighted to be told of this fourth pavement plaque in Camden by Alan Wito, Principal Planner with Camden Council.  The other three being: Egyptian eye, palmette, house sparrow.  Alan came across this plaque in 2008 and tried to discover its origins but drew a blank, just as we have done with the other three.  Alan suggested we try the Camden Local Studies and Archives Centre.  They were very helpful but found no information.

This plaque is in worse condition than the others but it is heartening that it survived the installation of the bike racks, and was not removed as damaged slabs normally are.  In our photo it is in the pavement between the railings and the right-most bike stand, oriented so the arrow points northwards, correctly, to the site of the Euston Arch.

Credit for this entry to: Alan Wito

This section lists the subjects commemorated on the memorial on this page:
Euston Arch pavement plaque 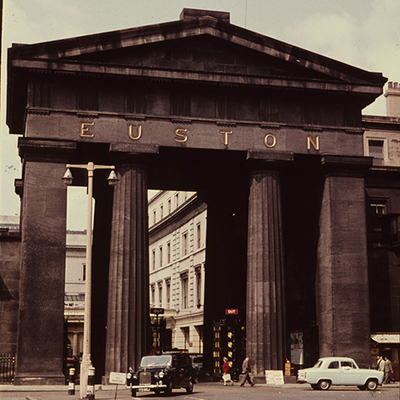 The massive Doric arch, designed by Philip Hardwick, was the entrance to the ... 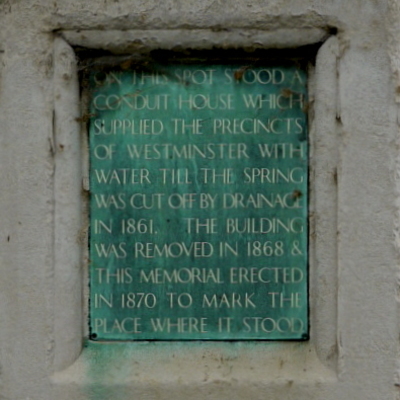 W2, Hyde Park, to east of Serpentine Bar and Kitchen

This plaque, which was on the east face of the plinth (the back in our photo), has 'disappeared' since the photograph was taken. Diamond... 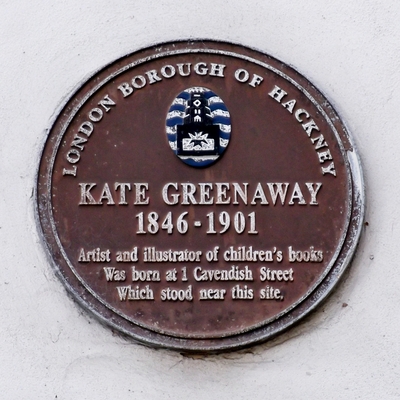 The Oxford Dictionary of National Biography says she was born at number 21, not 1 as on the plaque. 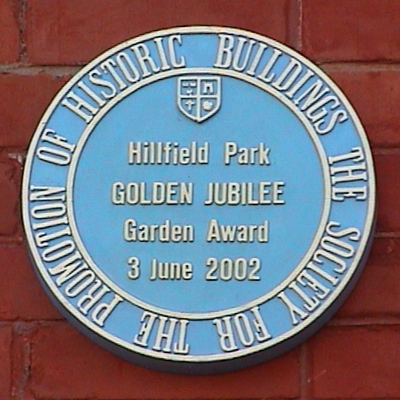 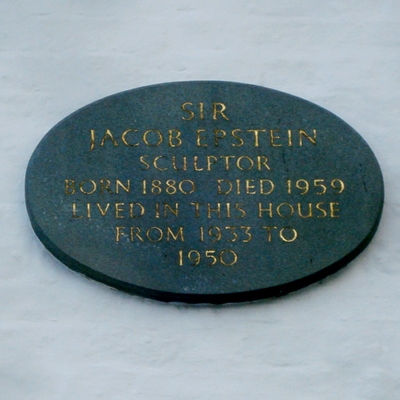 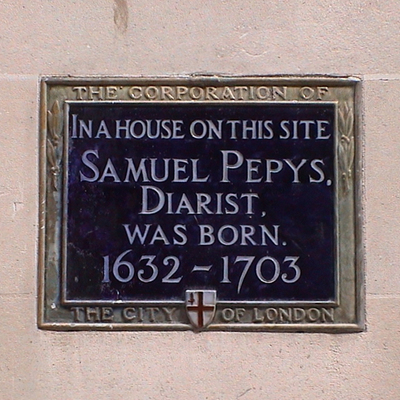 Ralph Stephen draws our attention to the birth date on this plaque, 1632,  when Pepys was actually born 23 February 1633.  He surmises th...