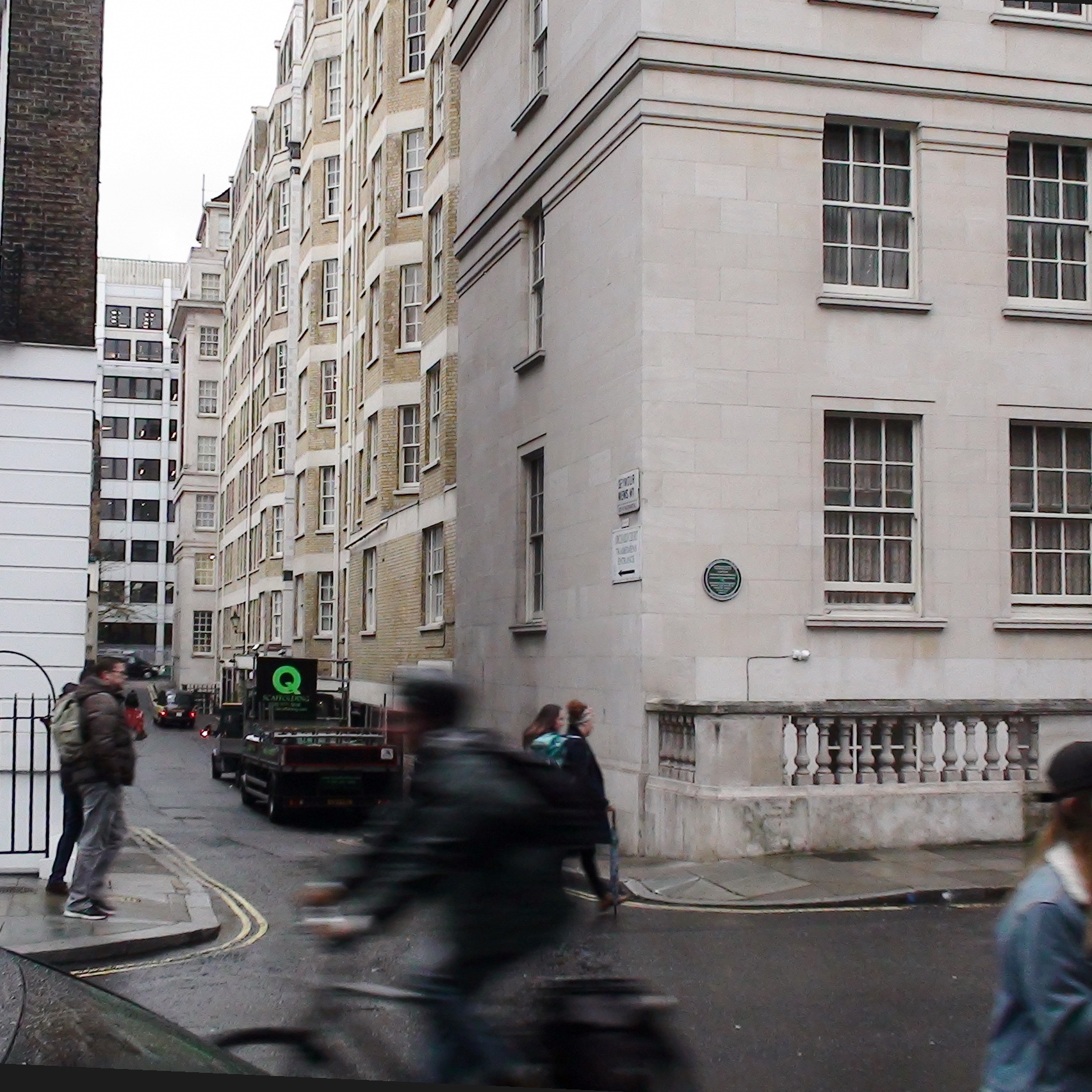 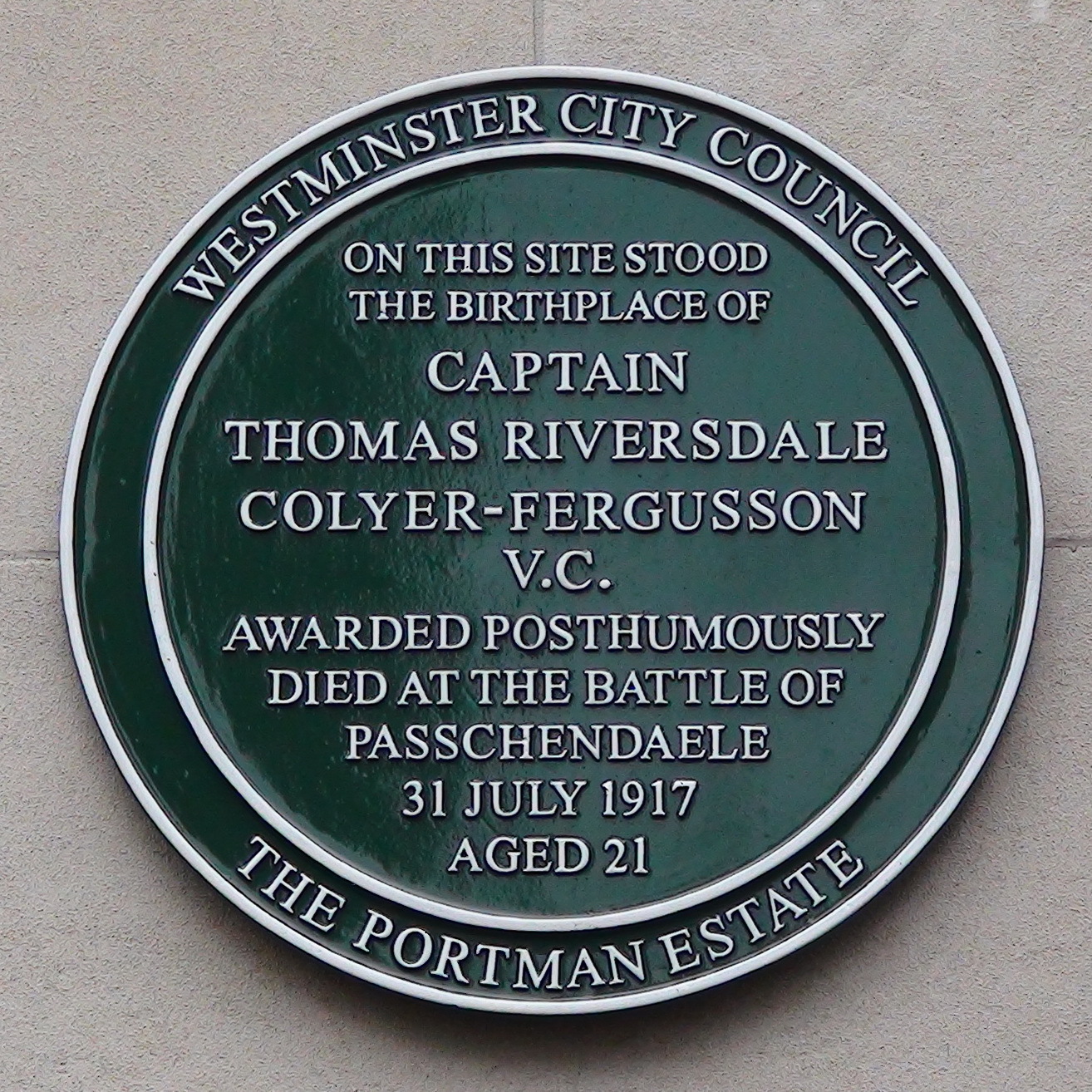 There must be many men who were awarded the VC, posthumously or not, whose birthplaces are not marked with a plaque. Why this one? His father inherited the baronetcy of Spitalhaugh.

From Westminter's approval of this plaque in 2017: "This nomination formed part of a wider programme to mark the Centenary of the First World War. The proposed unveiling of this Green Plaque formed one of a series of events to commemorate the Battle of Passchendaele, a campaign that was to last over three months between July and November and cost the lives of 325,000 Allied and 260,000 German soldiers."

This location/building has a second claim to fame, for which there is as yet (2020) no plaque.

The address of the substantial house on this corner was 13 Lower Berkeley Street. It was probably part of the Portman Square development in the 18th century. This 1914 map shows it still there. The History Press gives "Portman Square was first laid out for building in 1764 with houses designed by Robert Adam and James ‘Athenian’ Stuart. ... Most of the eighteenth-century buildings were swept away as part of building redevelopments in the 1920s and ’30s, including those on the eastern side {of Portman Square}, where Orchard Court now stands. It was designed by architectural firm Messrs Joseph and completed in 1929, with residents moving in during 1930. ... The flats within Orchard Court were used by the French or ‘F’ section {of The Special Operations Executive} (SOE head office was at 64 Baker Street). Here, new spies were recruited and later briefed before being taken into occupied France."

This section lists the subjects commemorated on the memorial on this page:
Colyer-Fergusson - W1 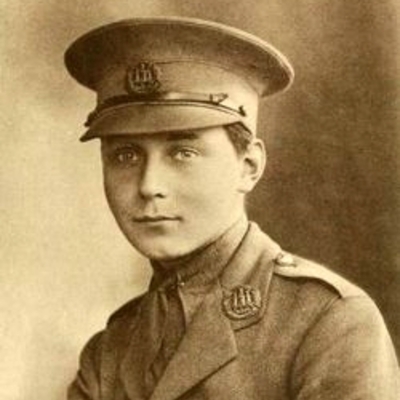 Soldier. Born Thomas Riversdale Colyer-Fergusson a the site of the W1 plaque.... 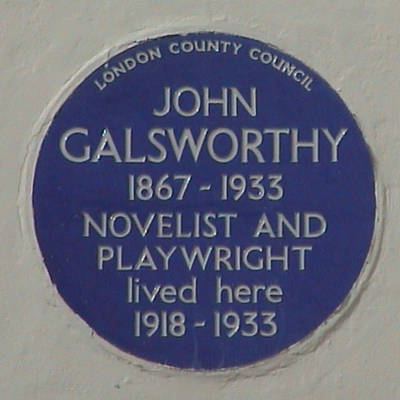 Galsworthy was not well enough to go to the ceremony to receive his Nobel Prize for Literature, so they brought it to him at his home here. 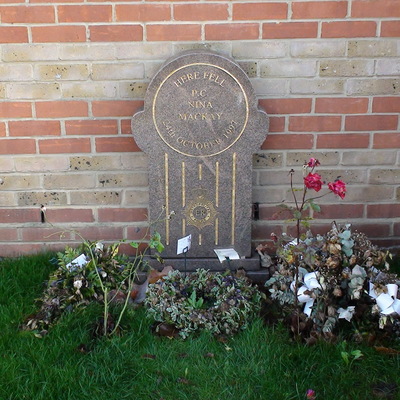 The Close just south of this spot has been named Nina Mackay Close. Incidentally, opposite the southern end of Arthingworth Street there... 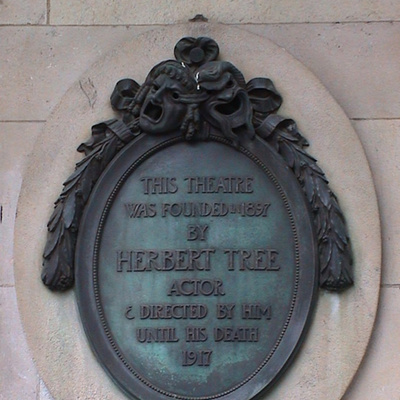 This theatre was founded in 1897 by Herbert Tree, actor, and directed by him until his death, 1917. 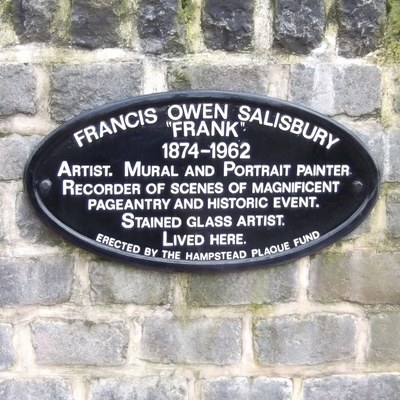 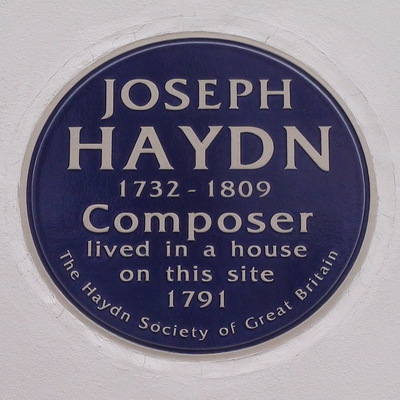 The Conversation points out that this house was convenient for 3 addresses frequented by Hayden: Hanover Square Concert Rooms (where he p...