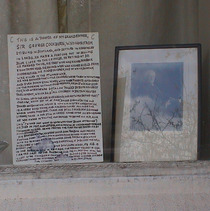 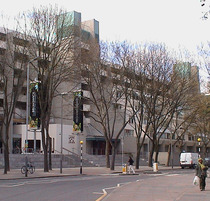 This is a photo of my grandfather, Sir George Cockburn, who came from Stirling in Scotland, and settled in Headingley in Leeds. He made a fortune out of selling blue cloth to the Chinese. He retired at 30. He married twice, his first wife was named Roebuck from Peterhead. His second wife was named Nield from Huddersfield. He had 8 children, one of which, Duncan, was killed in the 1st World War.

He was shocked that little children were taken into factories and even down coal mines, with their parents, - often early in the morning without food or drink, - he said "we must stop this" and after the war got a law passed by both houses of Parliament, which said "all children in Britain must go to school up to the age 14 years old, and not work before that!" This law, which set up, at first, "board schools" by the old Board of Education, which is now a Ministry of Education, is a very good thing, and has been copied all over the world where possible. There are still Cockburn grammar schools, there is one still in Leeds named after my grandfather. He was a Whig in politics and refused to become an MP as he said "I would not want to work with that bunch of crooks!"

He died in 1927 and left £136,000 in his will at 1 Headingley Terrace, Headingley in Leeds. He was created the first Knight Bachelor by King George Vth!"

His brother-in-law, my great uncle John Roebuck also made a fortune from selling cloth in America and settled in New York with his partner Sears. He founded Sears, Roebuck & Co. which publishes a catalogue selling everything, it publishes the Wall Street Journal and founded the Dow Jones Index. Its H.Q. is in the "Sears Tower" in Chicago, the present tallest in USA. I am the last of the Roebucks and the eldest son of all that is left of the Cockburn family, with elder sister, Yvonne Margaret Cockburn of Horsham, West Sussex and Peter in Harare, Zimbabwe and youngest brother Bill in Bilbao, Spain.

This is an extremely unusual memorial - a handwritten notice and a photograph placed in a window for passers-by to see. And, important from our point of view, the subject seems to have no connection with the location of the memorial. But it warrants inclusion for its rarity value if nothing else.

The instigator of this memorial gives us a lot of information but fails to provide his own name, all we can deduce is that he is a Mr Cockburn.

Sadly we could not find evidence to support his connection with Sears Roebuck since our researches show that the Roebuck involved in that enterprise was an Alvah and not a John.

This section lists the subjects commemorated on the memorial on this page:
Cockburn

The Thoresby Society (the Historical Society for Leeds and District) have a b...

This section lists the subjects who helped to create/erect the memorial on this page:
Cockburn

Mr Cockburn of the Brunswick

This section lists the other memorials at the same location as the memorial on this page:
Cockburn

This floor plaque is in the main piazza, near the Waitrose end. 21 November ...